This adorable purple Pokemon can be a worthy addition to your team! 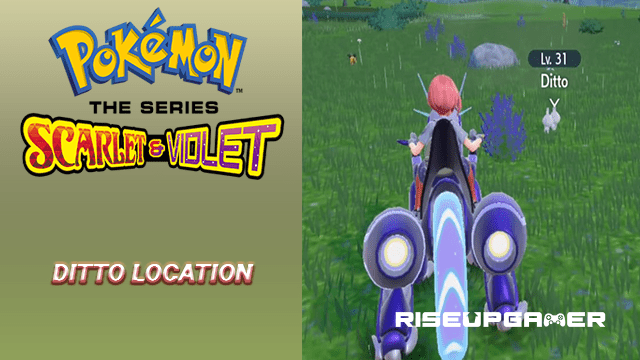 Ditto is a special Pokemon that can be found in multiple areas including the urban and grass environments of the game.

You can find him in the northwest region of Paldea such as the  West Province (Area Two and Three) and around cities like Port Marinade, Cascarrafa and Medali.

However thanks to his unique transformation ability, you won’t be able to find or identify Ditto in its native form. He will use his disguise ability so you will need to catch every pokemon that you encounter in the area and battle against him to know whether it’s a Ditto or not.

Just capture all the Pokemons in the area and press the ZL icon to observe them. If they have a Pokeball icon in their name and if some Pokemon don’t have it then it means that you have captured a Ditto.

The Pokemon will reveal its true nature after the first turn of the battle so you will need to be careful and not kill him by using the auto-battle feature.

The most unique thing about Ditto is since it’s a genderless Pokemon, you can breed him with any other Pokemon because it does not belong to any specific group which makes him an ideal candidate for Pokemon trainers and breeders.

That’s it, now go ahead and find this notorious imposter Pokemon to add him to your collection!