Yet another point of criticism for the new Pokemon game 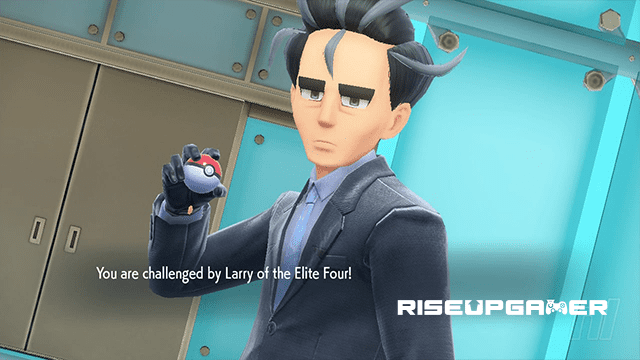 To say that the new Pokemon Scarlet/Violet’s release is rocky feels like an understatement. Equal with the players who find the latest Pokemon mainline entry an excellent addition to the series are the ones that are totally disappointed with it. That may be the case, almost everyone could agree that the Elite Four encounter on the game is frustratingly lackluster, with some even labeling it as the “laziest elite four ever.”

One Reddit user by the name: SuccBT perfectly encapsulated what players think of the new Pokemon game’s Elite Four encounter.

He describes it as the laziest elite four in the history of Pokemon games and is immediately followed by the most anti-climactic champion ever.

All Pokemon Scarlet/Violet’s Elite Four battles take place one after the other in what SuccBT called a “blank boring room,” with each elite trainer calling upon the next after they are defeated.

In previous Pokemon games, the player is expected to move from one room to the next. These rooms are then themed to fit the elite trainer’s type, giving the rooms some spice and differentiation.

Many players have since criticized Pokemon Scarlet/Violet for a myriad of reasons, but SuccBT points out that the game’s developer seems to be moving in the wrong direction.

Instead of adding a dimension of depth and likability to the Elite Four, they instead made them more boring by lazily presenting them to the players at points throughout their journey but never involving them in the story in any meaningful way.

Take note that this frustration with the should-be climax encounter of the game is but another point of criticism from players on top of the many bugs and performance issues the new Pokemon game is plagued with.

As much as GameFreak wants to advertise Pokemon Scarlet/Violet as the future of the franchise in many ways, some believe that it is exactly doing the opposite.

Pokemon Scarlet/Violet is available now exclusively on the Nintendo Switch.