By Borut Udovic
Check out the Sentinel Controller in Path of Exile! 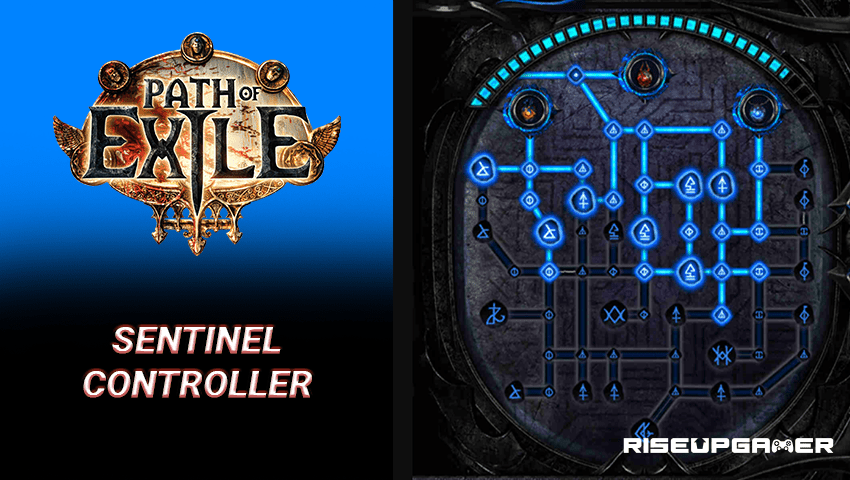 Path of Exile is a free-to-play ARPG that dominates in many segments. It has a free-form design that allows players to create a unique character with many different skills. It offers huge free customization that leaves all other games behind. In addition, the creators are constantly working on new content for the game to keep the fans attracted. In the latest update for Path of Exile, they introduced Sentinels – ancient guardians and allow you to customize their behavior.

In this guide, we will show you the Sentinel Controller in Path of Exile!

The Sentinel Controller is one type of a runic circuit board that gives power to your Sentinel, and also allows you to customize its behavior. It will provide enough power to use one Sentinel per area, but progressing through the game, it will gain you the amount of power to support three.

There are three types of Sentinels:

In the controller, you are able to place filaments to control which runic nodes are going to power up. Filaments can be moved around at any time. Gaining more power, the runic will automatically flow to the next nodes that you have already connected. With the controller, you have the power to establish specific behavior for your Sentinel that will work according to your desired build.

How to use Sentinel Controller?

There are specific nodes for each of the three types of Sentinel that you can customize the properties and behavior of all of them, or focus only on your favorite base types.

Killing more and more enemies in the game by your Sentinel, the controller will gain more power, and by the end of the game, you will be able to reach up to 30 power units.

You can choose your runic nodes by connecting them with filaments. Even, you can set up filaments in advance, and later they will automatically be used as you gain more power with your Sentinel. You have completely free customization of your filaments without any cost.

Some of the powerful runic nodes will require two filaments, which means they will consume more power when you activate them. If you have Pandemonium or Apex Sentinel, it will require you three filaments for an additional slot.