By Borut Udovic
Let’s get some people to this party! 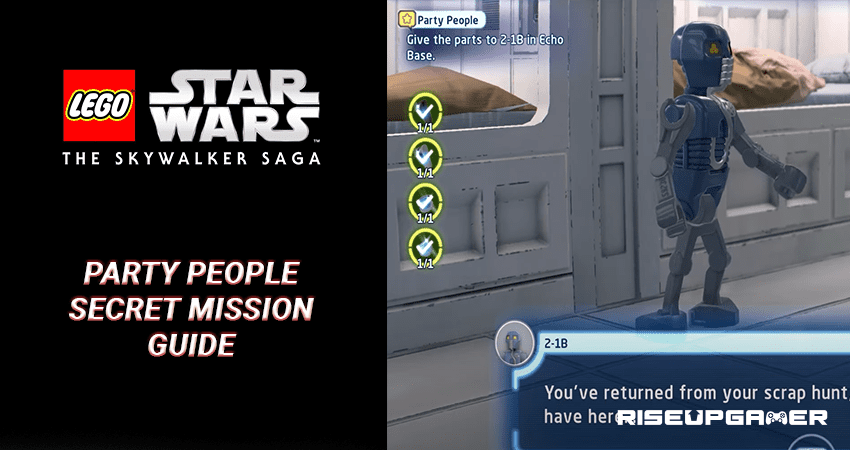 LEGO Star Wars has a lot of story missions and side missions, some are even hidden secret missions that have a big meaning to something. The Party People mission is an interesting traveling-related mission that will require you to collect a bunch of robot materials that will end up in completing the mission, as well as unlocking an interesting new playable character.

This guide will show you how to complete the Party People mission in LEGO Star Wars: The Skywalker Saga.

This mission will begin in the Niima Outpost in Jakku.

Once you land, you will see a mission icon on a green robot, right next to the landing pad. Once you take the mission, you will be required to collect parts from Jakku and Tatooine.

In the Niima Desert, you will encounter the first searching area where you will need to look for the first part. You will find a big torn down opening from a metal wall, enter the area to begin your searching adventure.

To find this part, you will need to go to the end of the room where you will see a broken door. You will need to get a Jedi to use the force, or his lightsaber to smash the door and break down the objects inside.

One of the objects broken will reveal the first part.

Once you’ve claimed the first part, exit the area and continue going south on the map. As you get to the next quest mark point, you will enter another searching area.

You will find a traveler that you need to talk to, you will be discussing scrap lands and robot parts. Continue south until you reach the scrap land to look for more parts.

As you enter the area, you will find a quest mark above an NPC who is a vendor. Interact with him and purchase a box that holds the next part.

The box that you’ve purchased will open up, giving you access to the second part.

The other two parts will be located in the Tatooine space. The first area to travel to will be the Junland Wastes.

As you get out of the landing pad, you will enter the search zone automatically. Continue walking to the middle of the search area until you find Jawa, who is an intractable NPC.

Jawa will give you a hint on where the next part may be and the search area will get smaller. The quest marks that lead you to the small area will also lead to some boxes that can be broken.

Simply break the objects shown on the image to reveal and obtain the third part for the quest.

The final part will be located at the Mos Espa area of Tatooine Space.

In the Residental Quarters, you will find the final quest mark. Once you get to the quest mark, you will enter the last searching area for the final part.

On the west side of the search area, you will find an NPC with a quest marker on top of his head. Talk with him and purchase a box that he sells.

The box that you’ve purchased will open and give you access to the final part.

With all 4 parts collected, you will be asked if you wish to return to 2-1B in Echo Base. Return to the area and give the parts to the robot that gave you the quest.

After finishing a quick dialog with 2-1B, he will make the joints and the Party People mission will be completed, as well as the 2-1B character will be playable too. 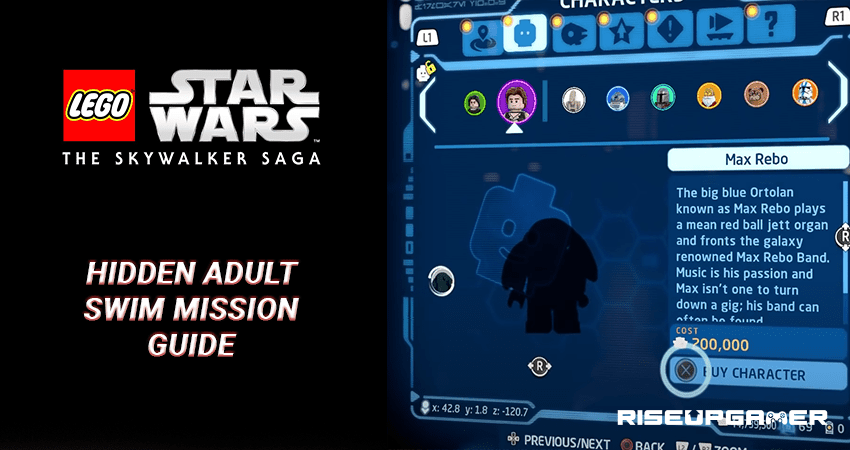