Check out this guide to learn more about the newest Kiriko Hero in Overwatch 2. 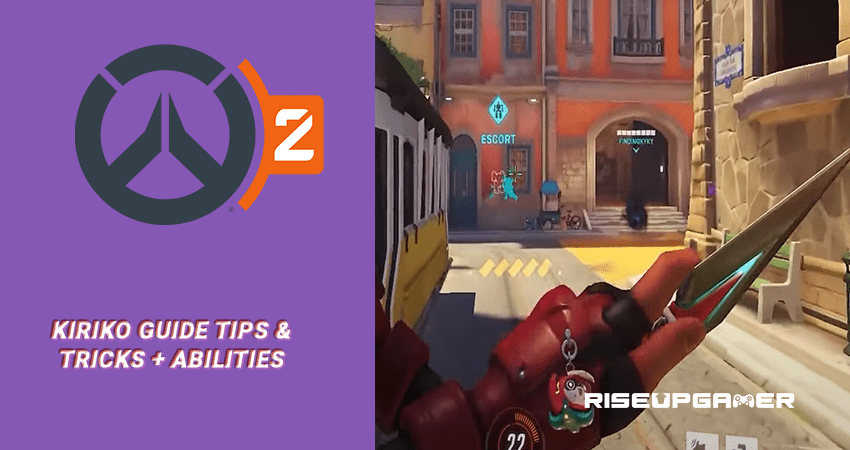 Overwatch 2 has just been released and with it a new hero has come. Kiriko is one of the newest heroes that you can play in Overwatch 2. Each of these heroes has a set of skills, play style and will require you to learn them well if you want to perform good in the battlefield.

This guide will show you all you need to know about Kiriko in Overwatch 2.

The first ability that Kiriko has is his Healing Ofuda. This ability will throw healing bursts towards targets and Kiriko himself. Accuracy is not an issue with this ability as the healing bursts will head to the target automatically.

Kunai is also another ability that Kiriko has. With this ability, you will throw a projectile towards a target that you aim for. The ability will do triple damage if it hits the head. Your typical projectile skill for most heroes.

Swift Step is the next ability that Kiriko has. This is a good mobile ability that will allow Kiriko to teleport to an ally instantly and aid them. This ability will also work through walls.

The maximum range of the teleport is 35 meters and it also has a cooldown of 7 seconds.

Protection Suzu is a great ability that will help your teammates stay alive for much longer. Kiriko will throw a spell that will make your teammates immune to any type of damage for 0.75 seconds. That is enough to survive a hard incoming attack.

The Suzu will also heal your teammates and grant them 50 health. The spell is also on a 14 second cooldown once activated.

Kitsune Rush is Kiriko’s ultimate ability. This ability lay down a path on the ground which will grant you extra movement speed and fire rate once stepped on.

Which Position is Good for Kiriko

Kiriko is great for almost any position in the game. A high damaging fast hero that can dodge attacks easy and help out enemies at the same time is perfect for Overwatch 2. Slightly OP in my opinion.

The hero only lacks in the tanking section. This is not a tanking hero that will go first in fights and engage everything. Instead, try to stay behind the team, aid them and damage enemies as much as possible.

Overwatch 2: How To Fix Crash & Freezing on PC
Read next >
Overwatch 2