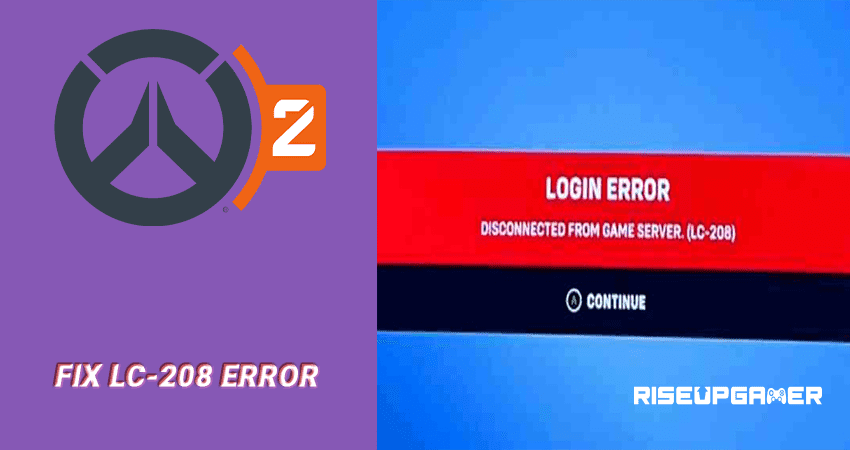 After the release of Overwatch 2, players started to report one very common issue that happens in all similar online games. If you try to log in to the game, and it prevents you from being able to connect to the game server and receive an LC-208 Error, then there is nothing to worry about because you are not the only one having this error. This error is mostly related to the game servers or some minor factors that can be easily fixed.

In this guide, we will show you How to Fix LC-208 Error in Overwatch 2!

If you are getting an LC-208 error while trying to launch the game or play it, you don’t have to worry because it is most probably caused by the servers being down for maintenance or simply because they’re overloaded.

LC-208 is a common error for those who have merged accounts and currently, there isn’t effect if you have a merged account though this is something the developers are actively working on, so rest assured things should hopefully be fixed.

Blizzard Entertainment revealed that the publisher is working on a fix for players who are still having issues with the LC-208 error.

However, if you are absolutely sure that the server is up, the easiest way around it is by connecting to a different server, one that is not in your local region or really close to you. You should also check your internet and make sure things are working properly and then try VPN from a plethora of different brands

Using a simple VPN even to the same region may give you a different route to the servers and allow you to play the game as normal.

While there isn’t an official down detector for the Overwatch 2 servers, the easiest way to find out is by checking the Overwatch 2 forums and checking if there is something in the top section about any server being down or in the announcements section.