Check out this guide for the best Devastator build in Outriders Worldslayer! 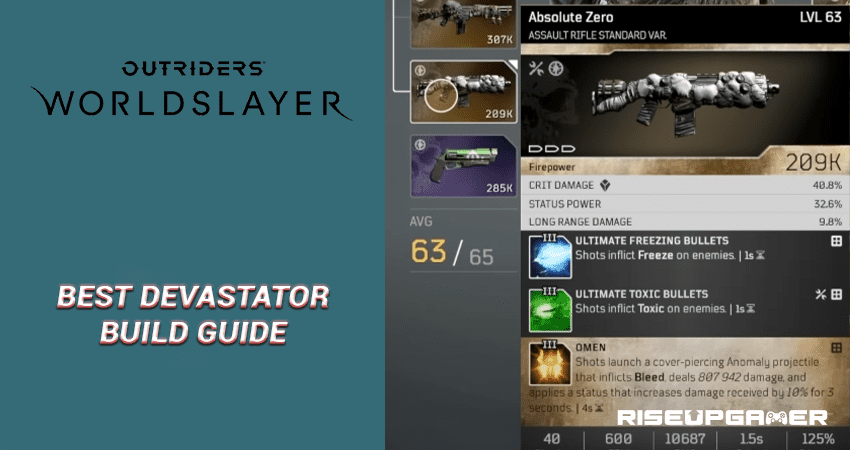 Outriders have recently received a new expansion called Worldslayer that adds plenty of new content including a new campaign, weapons, abilities and end game content. In this guide, we will tell you how to create the best Devastator build in the game.

The Devastator class in the game is mostly focused on dealing damage to multiple enemies and works like a tank for players who are interested in rushing forward. If you are mostly interested in spamming abilities and endlessly attacking your enemies then you should definitely play the Devastator class. You can blast your enemies while protecting your teammates with low health or armor.

The Seismic Commander Set will be used for this build which contains the Helmet, Armor and Leg Armor. Equipping this set will give you a 50% damage increase towards bleeding enemies.

The priority of this build will be increasing the Anomaly Power and Status power.

The Helmet will help you heal since it has the Life Leech effect and you should equip it with mods like the Ultimate Impaler, Thunder’s Legacy and Euthaniser.

The Armor will give you a cooldown reduction and you can choose mods such as Arms and Anomaly, Earth’s Legacy and Captain Hunter.

The Leg Armor will also give you status power and cooldown similar to the armour. You can go ahead with mods like Tainted Blood, Ground Crush and Freezing Boots for them.

For the gloves, we will be using the Bannerlord’s Gauntlets and pair them with mods such as Despair, Bloody Boost and Power Assimilation.

Finally, we have the Footgear of the Cannonball as our boots and mods equipped are Extra Quake, Phantom Dash and Second Quake.

In the PAX Skill Tree, all the skills such as Puncture, Upheaval and Multistrike will help you deal bleed damage. The Multistrike will store 30% of the damage dealt by Seismic and add to the next Seismic skill.

Similarly, the Upheaval will also store 10% of the damage dealt resulting in a damage multiplier that will increase if you deal more damage. You will mostly need to choose cooldowns and damage against bleed enemies. Other skills worth picking up are Blood Donation, Skilled Sentry and Earth’s Heritage.

For the Ascension, you will need to focus on Anomaly Power, Resistance, Piercing, Status, Power, Damage and Cooldown as well as damage against elites. Prioritize on your cooldown reduction by investing your first 10 points in them and you can later focus on Anomaly damage and power.

As far as the weapons are concerned, we will be using the Absolute Zero Assault Rifle, Thunderbird Assault Rifle and the Vodoo Matchmaker.

Absolute Zero is equipped with mods like the Ultimate Freezing Bullets, Ultimate Toxic Bullets and Omen to help you deal against all kinds of enemies, especially against captains and bosses. If you shoot this once, you will get a multiplier of 10% on enemies, various status effects will be applied to your opponents such as bleed, freeze and cryo.

In case you don’t have the Absolute Zero then you go with something like the Stigmatized which is a new Assault Rifle in the game. It’s also a great option for debuffing enemies and applying various status effects.

For the main weapon, we will be using the Thunderbird and the Vodoo Matchmaker. For the Thunderbird, mods such as the Ultimate Storm Whip, Claymore Torrent and Slashing Twister would be great choices. With this weapon, you will be able to hipfire on your enemies and deal a ton of damage quickly with these mods. This can be really useful if you are skills are on cooldown or if you wish to kill an enemy after hitting them with an earthquake.

The other weapon is Vodoo Matchmaker equipped with mods such as the Ultimate Damage Link, Fortress and Mage’s Rage. Fortress will give you a 20% damage increase for your abilities whereas Mage’s Rage will give 10% extra damage on Anomaly Power for critical hits. Few hits with this weapon will help you achieve 3 million Anomaly Power helping you increase the damage of your earthquakes

For the skills, we will be using Earthquake, Reflect Bullets and Gravity Leap. The Earthquake will be our primary damage source and’s really great with all those damage multipliers applied.

The reason for using Reflect bullets is because it can activate Paladin which increases the Anomaly Power by 45% for 10 seconds. You can activate and deactivate it at any point of time and it will refund the cooldown.

Gravity Mod is being used for the Despair mod which doubles our Anomaly damage for a period of 5 seconds.

When dealing with bosses, you will need to use your Reflect to get that Anomaly Power increase. Next switch to your Subzero Assault Rifle to apply various status effects to enemies and omen for more damage increase.

Once you do this, swap to your other weapon where you will need to apply Fortress and Mage’s Rage by getting critical hits. Dive into your enemy to trigger Despair and then rip the enemy to shreds using your three earthquakes. As soon as you are done, shoot the enemy in the head to finish the job.

That’s it, now go ahead and follow this strategy for the best Devastator build in the game! 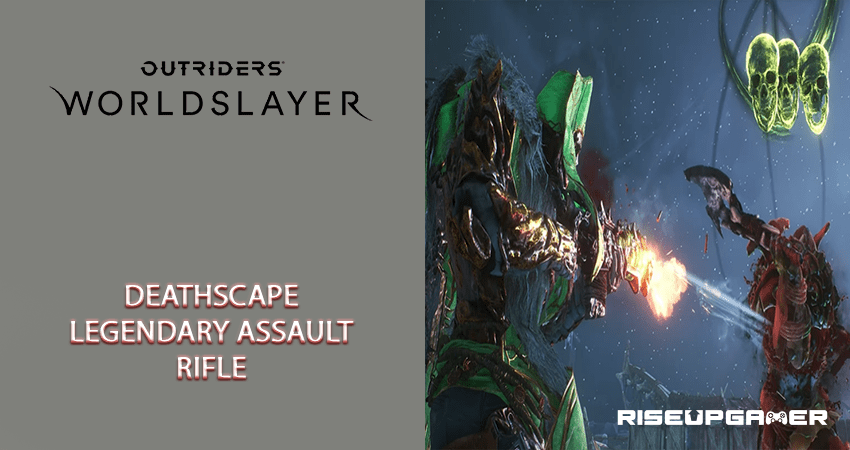