Ni no Kuni Cross Worlds: How to Create & Join Guild

By Borut Udovic
It’s time to get inside a guild or create one to fight side by side with your members in Ni no Kuni Cross Worlds. 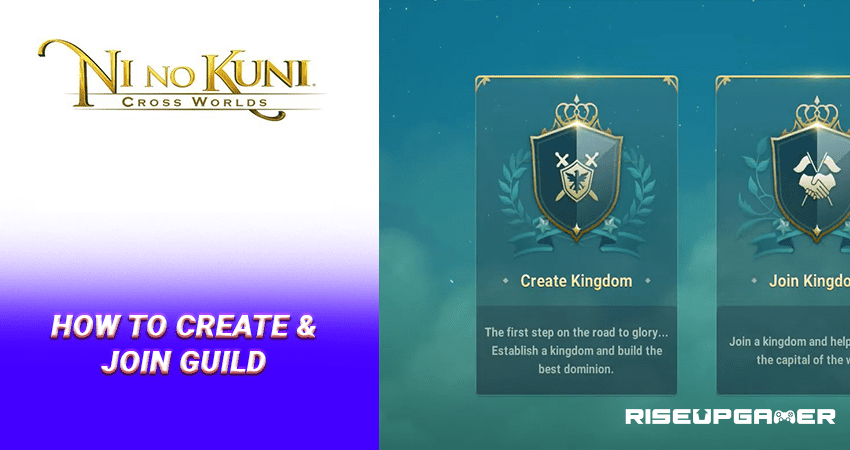 Ni no Kuni is a role-playing anime-style game where you can explore different lands and complete a variety of quests. During your adventures, you will stumble upon a ton of interesting pets and costumes that you can equip and carry with you for the rest of your journey.  Completing quests will award you with materials and equipment which you can use to equip your character and make it stronger.

This guide will show you how to create or join a guild in Ni no Kuni Cross Worlds!

Ni no Kuni Cross Worlds: How to Create & Join Guild

When you start the game you won’t be available to either join or create a guild in this game. You will need to complete a few quest firstly with Christine and gain some reputation in the kingdom. Simply follow the quest marks on the first few story line quests until you unlock guilds.

After you’ve completed a side quest called Kingdom, you will now be able to create or join a guild and play together with other players.

Once that is complete, open up your main menu and select “Kingdom” which can be found on the top right side of the screen. Pressing on kingdom will give you two options:

These two are the same as create guild or join a guild. Simply press on the one you want to do and follow the rest of the steps by placing the name of the kingdom you want to join, or name your own kingdom.