The hunt for the Verdant Gemstone begins! 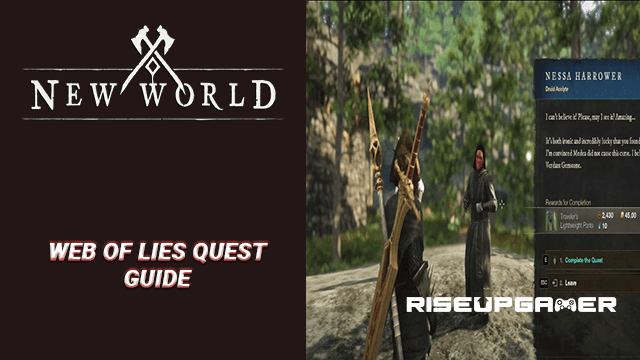 Your pirate friend Grace O’Malley is curious about the activities of the other pirate crews in the area. The mission ‘Web of Lies’ can be activated by talking to Grace who will then ask you to look into an area called ‘Mother’s Tears.’ This is a lost pirate area where you will find a Gemstone. Typical of a pirate, Grace wants that Gemstone badly, and she asks you to get it for her.

Get the quest ‘Web of Lies’ by talking to Grace O’Malley.

After activating the quest, go inside the Mother’s Tears area. It is just on the right side of Grace itself. It is barricaded by some stone and wooden walls.

By the entrance, you will see several alligator enemies. Take them down if you want to.

Now go to the blue house structure to update the quest markers. It should now tell you to Collect Captain Marcel Dupont’s missing hat and defeat Pirate Captain Miklos Dauti.

Just follow the quest marker on the area and it should point you to the entrance doorway of the blue house. There, you’d find the missing hat.

After taking the hat with you, enter the house and rummage on the supply stockpile on the second floor.

You should also notice the very large gemstone there by the window. Unfortunately, you can’t interact with it yet.

Although you can’t do with it, go near the gemstone. This is seemingly the trigger that spawns Pirate Captain Miklos Dauti.

New World: Where To Get Golden Scarab

Soon enough, he should appear in the entranceway or inside the house. Go to him and begin the fight.

After defeating Captain Miklos Dauti, there you can interact with the Verdant Gemstone.

With everything with you now, head back to where Grace was when you started the quest.

You should then notice that another person is beside him now. This is the Druid Acolyte, Nessa Harrower.

Talk to Nessa to finish the quest.

You should get Traveler’s Lightweight Pants, 2,430 exp, 45 gold, and more for completing the quest. 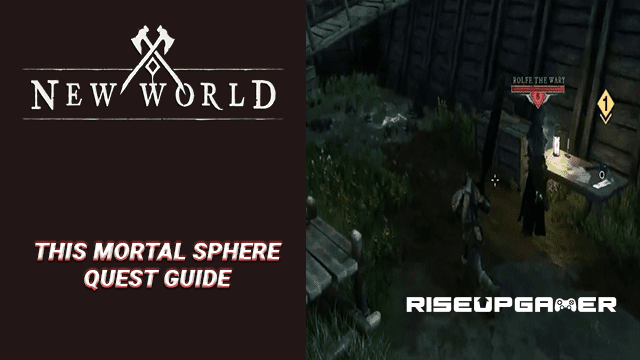