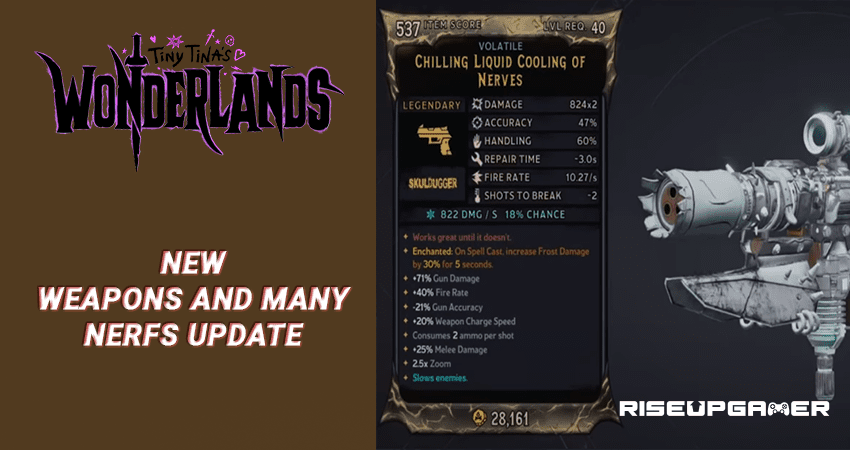 Tiny Tina’s Wonderlands patch 1.0.1.0G just went on across all available platforms. Patch 1.0.1.0G makes balancing changes and fixes game-breaking bugs. Certain weapons have been buffed and nerfed to slightly alter the state of play and provide gamers with new challenges. The changes could be interesting to those who enjoy the Chaos Chamber, as the rotation of levels will now play slightly differently.

In this update, we will show you the 2 Brand New Weapons and Many Nerfs updates in Tiny Tina’s Wonderlands!

The latest update, version 1.0.1.0G, will be bringing in a huge number of nerfs and buffs for balancing reasons. The biggest ones are for some renowned Legendary guns such as Liquid Cooling and Ruby’s Spite.