Gather all collectibles in DuPoint View by following this guide! 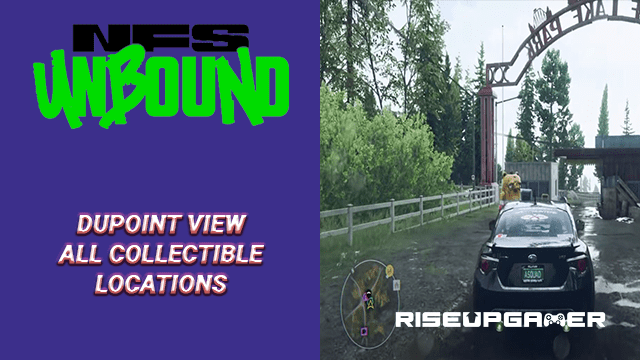 Need for Speed Unbound’s DuPoint View district contains 13 total collectibles: 2 Street Arts, 5 Bear Champs, and 6 Billboards to destroy. If you want help collecting all of them, then you have come to the right place!

In this guide, we will be looking at all the collectibles in the DuPoint View district of NFS: Unbound and show you how to find them each.

The collectibles in this game are marked on your map, making them much easier to track down and ultimately collect.

Below we will be showing you screenshots of the map where you can get each collectible while also describing where they can be located precisely.

The first Bear Champ can be seen under a shade upon arriving at the point shown above.

The first billboard is located near the Bear Champ you just collected. In the middle of the 4 warehouses is a ramp that you can jump onto to hit the billboard. Use your boost to get enough speed.

Go to the point on the map as shown in the image above. There you should see the first ramp leading to the billboard you have to hit.

Jump the ramp to the dirt road below. Don’t bother spending your boost on the first ramp. You would need it to hit the billboard later on.

Below, you should now see the billboard. Deplete your boost meter and hit the second ramp as fast as you can.

The billboard is quite a ways off so just retry again if you fail to hit it.

In some construction on the highway located on the point shown above is a ramp that you can use to get the 2nd Bear Champ.

Go to where we are at as shown in the image above.

The first street art is located under the highway on the point shown in the image above.

On the side of the road upon arriving at the point shown above is a warehouse with some graffiti on it. Bump the ladder and paint sprays to get the second street art.

The 3rd Bear Champ can be seen on the field with some hay bales.

The 4th Bear Champ is located under a shade beside a small trailer home.

Upon arriving at the point shown above, hit the dirt road leading to the bottom of a tall tower. Use your boost before going to the cliff’s edge to hit the billboard.

You should see the ramp to the left upon arriving at the point shown above. Hit the ramp as fast as you can. Use your boost when necessary.

The final Bear Champ can be seen at the opening gate of the rugged Lake Park. It is just beside the fence.

Go straight to the open dirt road and hit the ramp as fast as you can to hit the billboard at the edge. Use your boost as much as you can before hitting the ramp.

Those are all the collectibles in the DuPoint View district. Take note that collecting some of them provides you with extra cash which you can then use for several means. 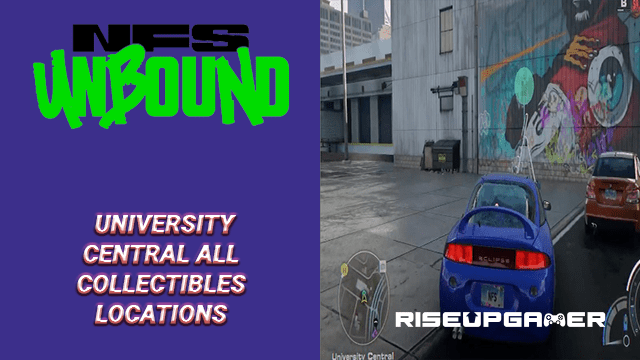