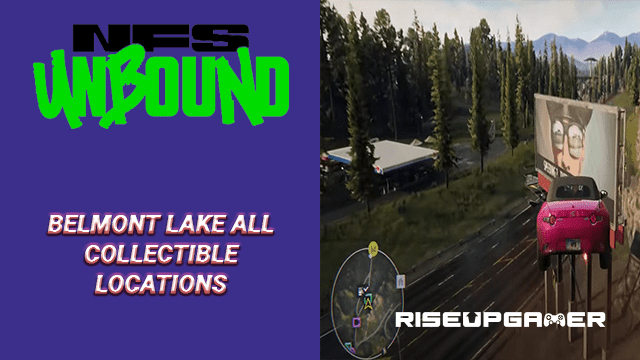 Need for Speed Unbound is set in an open world whose map is pretty huge. It is split into several districts and driving around can be found different things. Aside from races, you can search each of the districts for some collectibles which have a big value, and upon collecting them all it might unlock some of the special parts or vehicles in the game.

In this guide, we will show you Belmont Lake All Collectible Locations in Need for Speed Unbound!

There are 3 types of collectibles that can be found all around the map in Need for Speed Unbound such as Bear Champ, Street Art, and Billboard.

Before going to find them, you must complete the prologue and unlock the main storyline, and then all the collectibles will spawn and will be available to collect.

In the Belmont Lake area can be only 5 collectibles:

In the text below you can find the location of each of them. Let’s get started!

Bear Champ #1 – this bear champ can be found on the west side of the small lake on the map.

It’s located in the middle of the ground area between the roads. Break the fence and you will find it next to the rocks in between.

Bear Champ #2 – To find second bear champ, you have to drive to the offroad below the lake which is marked on the image below.

You can’t miss this one, because it is standing in the middle of the road.

There is only one street art that can be found in this district and it’s located on the store building below the right lake on the map.

The building is right on the roadside next to the lake, and the art is on the back wall of the store.

Billboard #1 – This billboard can be found in the offroad area below the lake. Check the marked location on the image below.

You need to jump over the ramp that goes to the highway and hit the billboard.

Billboard #2 – The second billboard is located in the area with the “S” curved road.

On the top curve, you will see a blockage fence where you have to go, and there will be a ramp that you need to use in order to jump and hit the billboard.

That’s it! We showed you the locations of all collectibles in Belmont Lake district, and now it’s your turn to go and find them by following this guide. 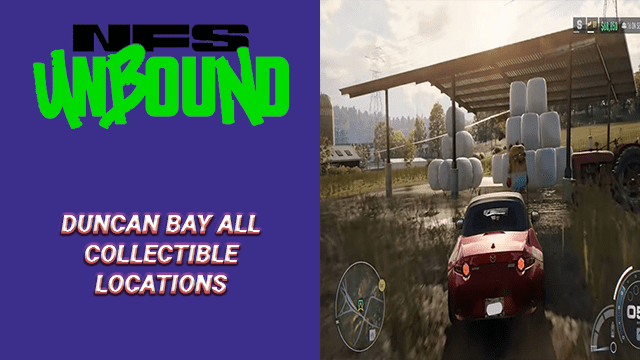