Necesse: Everything You Need to Know About Settlements

By Borut Udovic
Let’s find out Everything You Need to Know About Settlements in Necesse! 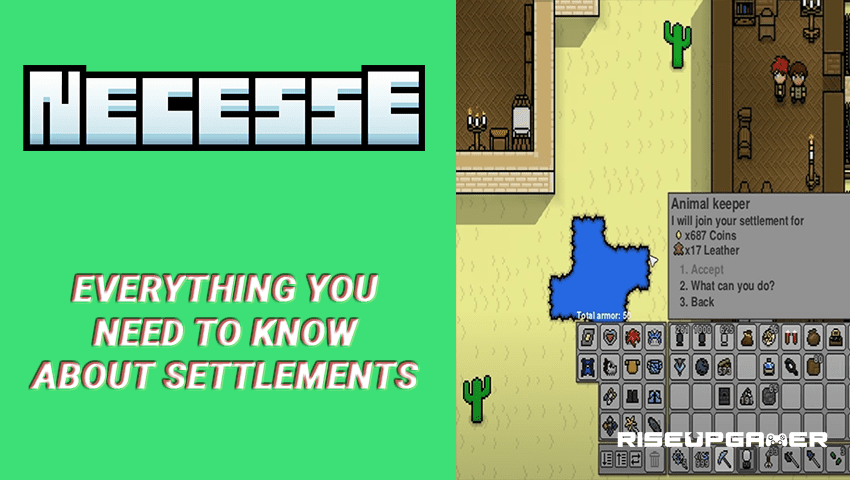 Necesse is a new indie, survival open-world game where players are exploring plenty of huge islands, farming resources, and gathering materials to make the important crafting in the game and create settlements which are player-made Villages. In the settlements, you can do all the activities and tasks, such as farming, animal husbandry, and forestry by recruiting settlers in your village. The settlers have their jobs in your settlement, which they perform around their houses.

In this guide, we will tell you Everything You Need to Know About Settlements in Necesse!

Necesse: Everything You Need to Know About Settlements

But, if you start with the elder’s house, you can find the settlement flag inside the chest. There are few places you can place your flag like the caves, the existing villages, and dungeons.

Most settlers that you can recruit can be found in the settlements that require to have coins and resources depending on who they are like farmers, alchemists and also some of them that can be found outside the village such as wizards, stylists, explorers and the broken pirate once you defeat him in combat.

Some settlers are not available until you’ve reached a certain point in the game such as beating a certain boss. To be able to recruit more settlers, you will need to build more houses in the village and your settlers won’t be homeless.

To make your settlers happy, you need to give them a proper house, quality food, and a variety of different furniture. The happiness of your settlers is important because the happier they are the better their shop prices are.

To check the happiness of the settlers, go to the settlement tab by opening the inventory and click the house icon.

In the settlement tab, go to job priorities where you can see a total of 8 jobs that your settlers can do. Hauling which is just moving items, crafting, forestry, farming, fertilizing, husbandry, and hunting.

Some settlers have certain professions as well which they can do the only certain job like farmers with fertilizing, animal keepers with husbandry, the angler with fishing, and the hunter with hunting. Most generic settlers will handle things such as hauling, crafting, forestry and farming.

In the settlement tab, you can choose the job priority for each settler and the level of focus to the job.

One of the first and most important things that you want your settlers to do is start farming for you. You can get crops for food and they can feed themselves.

You will have to plant the crops at the free planting areas where your settlers will be harvesting it for you.

Once your settlers start harvesting, they need a place to drop off their inventors or they will get filled up and stop farming.

No matter the type of item, they always occupy only one place in the inventory, or some of them can be stacked until they reach the total number.

Once you have more chests with crops, your settlers that focus on crafting will be able to make food for everyone.

There are specific zones for each job. For chopping down trees you can select a specific zone in the assign work and create shrink and expand the area you want to use for forestry, and your forestry settlers will chop down anything in that area. This process is the same for all zones.

The quests are the game’s way of telling you what to and where to go for your next boss. In the starting, the elder will give you a quest to go get something in the location of the next boss.

The further you progress and the more bosses you beat, you will unlock some sellers.

In the settlement, there are raids on it every two hours starting off easy but with every defeated boss they become more difficult, but you settlers will also level up with the raiders.

The raids happen mostly at night and you will get a warning letting you know it’s coming and what direction they are attacking from. Also, you can check the raids on your map.

The defend zone is the area your settlers will defend from hostile monsters which might be expanded and shrunk with the mouse buttons. There is an option for auto-setup where settlers will attack based on their homes.

Also, you can create custom zones where you can prioritize the settler to stay more and do a certain job in that area. Custom zones are the same as any other zones. Make sure to have a chest in your custom zone for your settler to have what to eat. 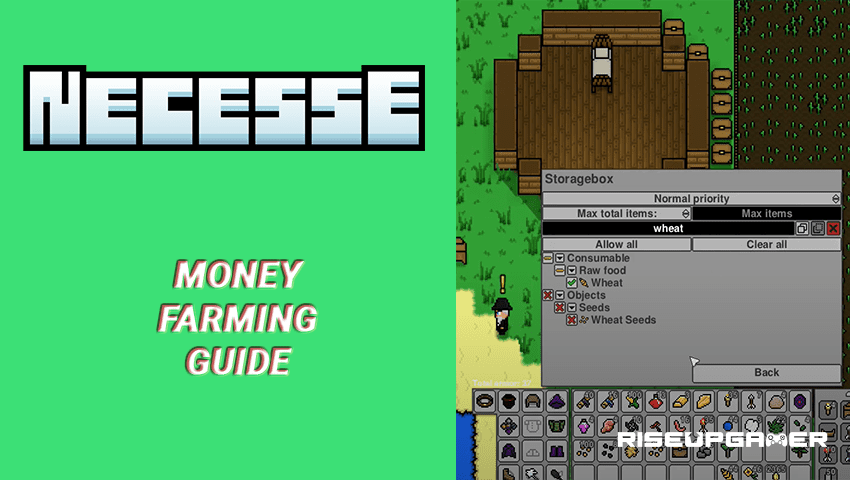