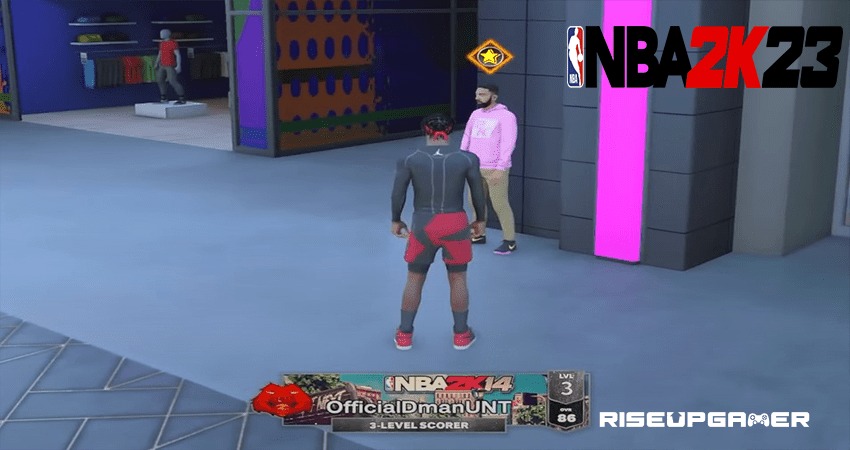 Rebirth is the first quest that you will need to complete in the MyCAREER mode and your objective is to find Ronnie 2K at different locations within the city. The Rebirth feature allows you to start with a new character in MyCAREER while keeping the stats of your previous player.

This guide will tell you all the locations where you can find Ronnie 2K in the quest.

You will need to find Ronnie 2K during the quest and if you manage to find him in all locations, you have a chance to take your shirt off, get spawn points and unlock Rebirth.

The first location where you can find Ronnie2K is by the Northside Knights entrance where he will be standing next to a dumpster.

NBA 2K23: Learning To Dribble – Learn How To Master Dribbling

Just head over to the area and talk to him to get the first task which is reaching 65 OVR.

After completing the task, you can return back to him to collect the Ronnie2K &Sophie T-Shirt.

The 2nd area is near the shopping district where you will find him standing near a store called Embellish.

Just use the train station to fast travel there and talk to him to get the second task for reaching 75 OVR. If you cannot find that means that you haven’t met the OVR requirements yet.

After completing the task, you will be rewarded with the spawn point selection perk.

The third location where you will find Ronnie is in front of the 2K Sports building near the North station.

Fast travel to the train station to meet him there and he will give you the task to reach 88 OVR.

After completing the task, you will get the ability to take your shirt off.

Last but not least is the fourth location where you will find Ronnie right outside the South City Vipers area.

Just fast travel to the Vipers Station and there he will give you the final task of reaching 90 OVR.

After completing the task, you will be rewarded with the Rebirth ability.

That’s it, you have successfully completed the quest and unlocked the Rebirth ability in the game!