Jordan Challenge is finally here in NBA 2K23 with plenty of Games, Rewards, and Challenges! 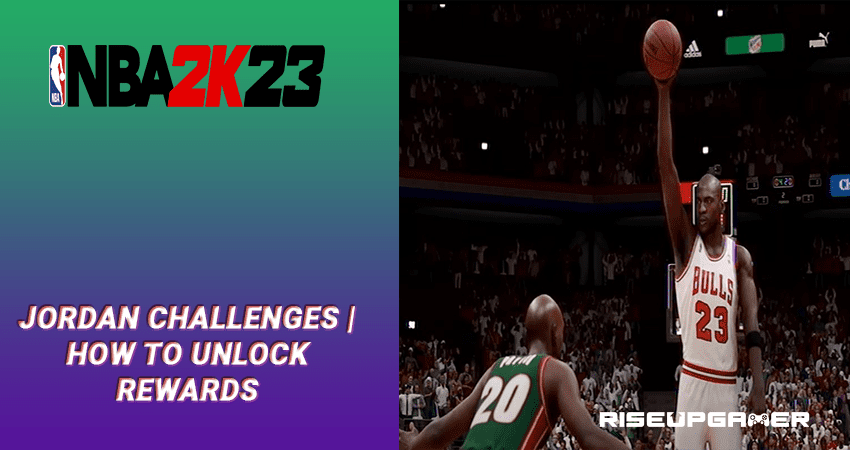 Surprisingly for its fans, the Jordan Challenge is back for NBA 2K23, where players can play several of Michael Jordan’s career highlights. This mode is going to be available for all editions and platforms of NBA 2K23 starting on September 8, 2022, including PS4/5, Xbox One/Series, Nintendo Switch and PC.

This guide will show you the Jordan Challenge and How To Unlock Rewards in NBA 2K23.

In the Jordan Challenges, players will be able to virtually experience Michael Jordan’s history from his early years as a collegiate phenom through his game-winning jumper in the 1998 NBA Finals.

There are 15 games that you will take on in the Jordan Challenge, which is an immersive experience, unlike anything NBA 2K fans have seen, completely rebuilding the challenges from 2K11.

According to the Courtside Report and 2K, the Jordan Challenge introduces iconic NBA moments and in-game innovations including:

It has a complete presentational package including an intricately designed video filter system that recreates the television experience of these games as they were originally broadcast during the 80s and 90s, showcasing the look, feel and sound that take players back to the original game

NBA 2K23 Jordan Challenge Rewards & How To Unlock Them

In each of the challenges, players are able to hit three goals, and by completing each goal will be awarded a star. By collecting 40 stars, you will unlock unique rewards for both MyTEAM and MyCAREER.

Also, it is confirmed that the Jordan Challenge will have a MyTEAM reward which is a special Michael Jordan card for free.

Players can also earn a Jordan UNC jersey from his time as a North Carolina Tar Heel in the new Jordan Challenge mode and can wear it in The City and The Neighborhood mode.