By Borut Udovic
Time for you to check out this tier list and determine which character is the best in MultiVersus. 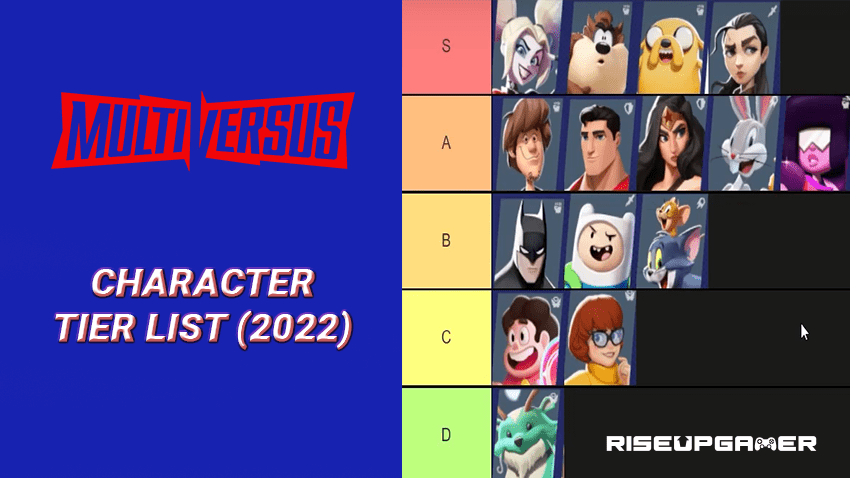 MultiVersus is a free-to-play action party game where you can team up with your friends and fight against opponents. You can choose up to 15 characters from Warner Bros and play them. All of these characters have their own unique abilities and roles. Some are better than others.

This guide will show you a tier list of all the characters in MultiVersus.

This character tier list will rank all available characters in MultiVersus on a tier list from S rank to D rank. The ranks will go in the following order:

Batman is a universal character. A great balanced character that can perform well against everyone. He doesn’t have any overpowered abilities or something that is not needed or deals no damage to opponents.

Bugs Bunny is a great ranged damaging character. With this character you can send out flying rockets, and giant safes that you can launch toward opponents and damage them. A great thing about Bugs Bunny is that he can summon different foods to throw at opponents or even get a small robot to help you out.

Finn can be placed in the same area as Batman. He has basic sword slashing attacks and charges that will knock enemies away, trap them and even stun them. The character can perform well against any opponent and it’s easy to play around with.

Garnet is placed in A-tier as she has a great kill option and can perform different combos. This bruiser has enough health and survivability, and will also deal great damage with her punching abilities. If things get rough for her, she can always pull back and throw her fists toward enemies to buy her some time.

This character has a massive advantage against other fighters. With her bat swinging abilities and traps combined, nothing will stand in her path. Place a few traps on the ground and push enemies towards them with your bat to guarantee a win.

His shapeshifting ability allows him to have great ranged attacks which will give him the upper hand against other characters.

As a solo fighter, Reindog is placed in the D tier. This character is a support character and can do some damage, but most of his abilities are leaned towards crowd control and helping out teammates. For 2v2 fights he can help out, but for 1v1 fights he is just useless.

Shaggy is a bruiser that performs great in 1v1’s. He has a great charge-hit combo that will knock enemies away, stun them and deal great damage. He performs quickly in the arena and will not have problems getting out of certain situations.

This support character is in the C tier because he will perform slightly better in 1v1’s than Reindog. His sword and shield are more practical for 1v1’s, giving him the ability to slash through enemies and block incoming attacks much easier.

Superman is a tank. This character basically does not die. He has an ability called heavy armor, which keeps him alive for much longer, giving you enough time to survive fights and recover from them. His overall damage is great.

TAZ is placed in S tier due to his taste-damaging system. He performs greatly with this passive ability. A great mobile character that will do great damage as he continues to hit you, and make you suffer when he turns you into a headless chicken.

Tom & Jerry perform okay. They have balanced attacks and have the potential to be in A tier. This mage character can have a lot of distance from your opponent and still damage them.

Velma is another support character that will not perform great in 1v1’s. She has potential and a lot of knocking abilities that will CC targets. Velma is a character that needs to be used correctly, and with a slight mess-up in abilities, you could lose a fight easily.

Wonder Woman is a hard-to-kill character. She has a lasso that can pull you to her and get damaged easily. Her shield buffing ability allows her to stay in the arena for much longer. She has a similar playstyle as Batman, but with more tanking abilities and survivability.

Arya deserves to be in the S tier due to her backstabbing passive ability. This character is hard to play but once you learn all the movement abilities and you learn how to properly perform a backstab, you will easily defeat anyone that stands against you. 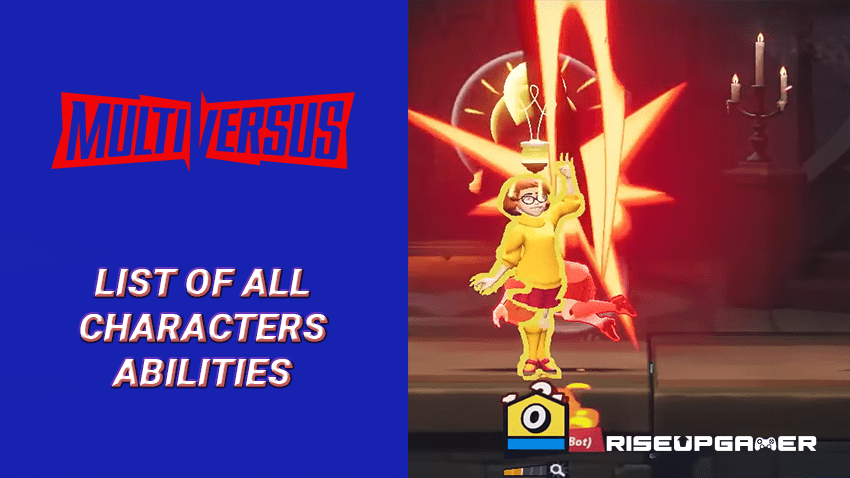