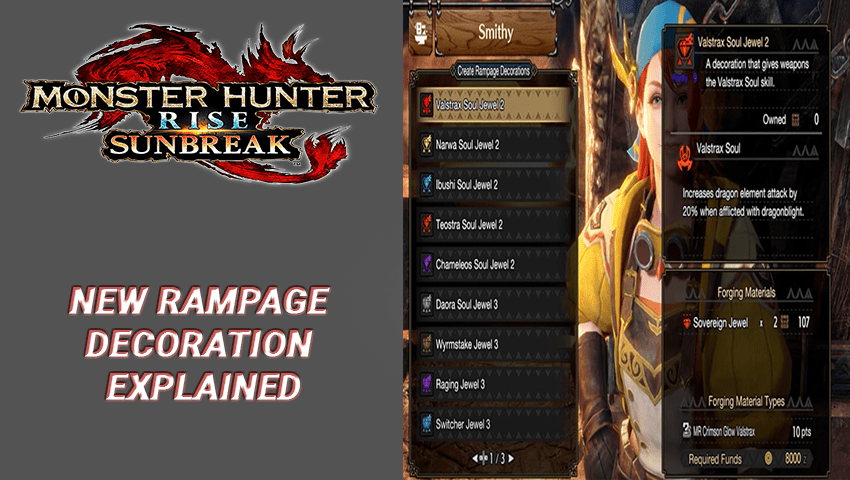 Monster Hunter Rise: Sunbreak comes with the new system introduced in Sunbreak which is Rampage Decorations. It is a completely new amazing edition, that adds a layer to the weapons, and builds that will allow you to work on additional skills that previously were tied to the rampage weapon system. With the new updated, there are new creatures and hunting locations that will keep you even more interested in the story of the game.

In this guide, we will show you the New Rampage Decoration in Monster hunter Rise Sunbreak!

This is a new system that many of the players will be happy about because it increases the build diversity. The gameplay will be impacted through master rank all the way to the endgame and the system can completely change your build and create more focused opportunities.

There are new Rampage skills that were introduced even in Ryze, and do augment weapons to add additional skills that usually weren’t available from the normal decoration pool. These skills give plenty of additional offensive, defensive, or utility to build statistics.

Before, the rampage skills were limited only to one skill per weapon, but now it allows you to have multiple rampage skills on them, and also combined with pretty good customization options, they added the ability to layer the rampage weapons.

In the new system of Sunbreak, they also introduced rampage decorations which allow you the mechanic forward without having to do more rampages with more flexibility.

Now, you have access to create decorations in master rank for the rampage skills which can be slotted in the other weapons and it’s not restricted to a single weapon on the weapon tree. This option gives players much more freedom to create builds which means they can focus on particular rampage skills.

Players can get access to rampage decorations after they unlock the Smithy in Elgato. The start off is with a limited set but defeating more monsters will unlock a new set of items, weapons and corresponding gems.

Rampage decorations also have different slot sizes, which means you are able to slot the better skills into weapons that have bigger size rampage slots.

With the decorations, you will need to use the Smithy as the decorations as forged using jewels which are dropped on the quest rewards screen and the monster parts. The entire system is generally better, the skills are much less restricted now to some of the weapons types. 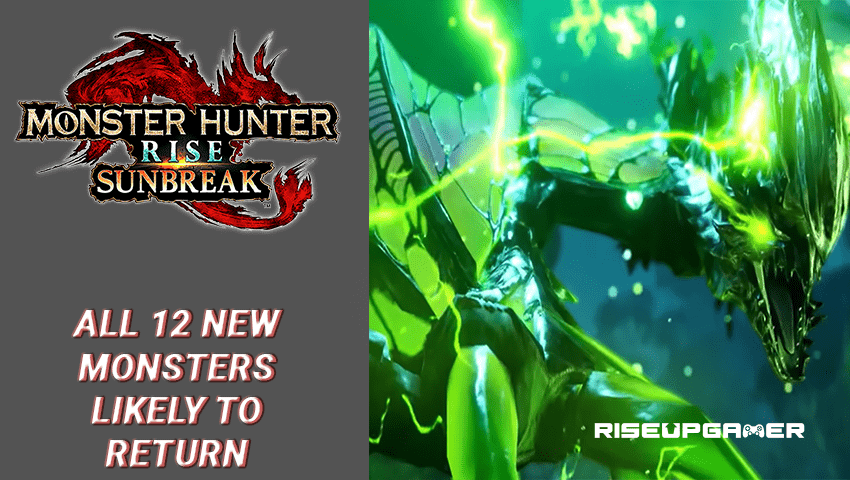