Monster Hunter Rise Sunbreak: How to Get the Best Palico

By Borut Udovic
Check out this guide to get the best Palico in Monster Hunter Rise Sunbreak! 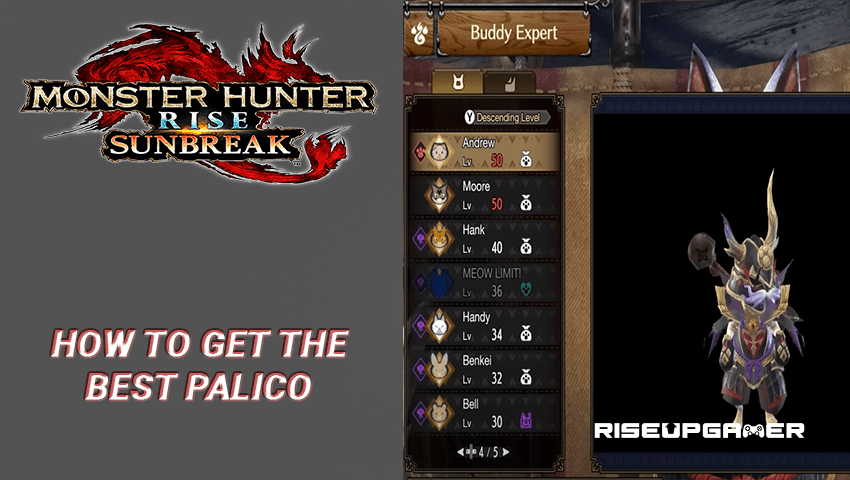 Monster Hunter Rise is an action role-playing adventure game where players use various weapons for hunting monsters and exploring new areas. In this guide, we will tell you how to get the best Palico in the game.

Monster Hunter Rise Sunbreak: How to Get the Best Palico

Your Palico buddies in the game can be extremely useful for carrying out hunts as they can inflict statuses like sleep or paralysis and use moves to inflict elemental blights like thunderblights to get free K/Os in your hunt.

However, to get them to be useful in the base game, you had to rely on RnG when hiring them however there are no elements present in the Sunbreak expansion.

Some people are currently facing a bug where selecting one of the new secret support moves for Palico has changed their normal support moves to random ones. This means that the hours that you wasted RNG luck grinding for Palico were all wasted.

Don’t worry as you progress through the Master Ranks, you will unlock quests from Nagi the buddy agent allowing you to swap your level 5,10 and 15 level moves for your Palico.

After you complete these quests which involve small tasks like getting a Hermitaur and Ceanataur Hardclaw, slaying 8 Master Rank Rachnoid in the Lava Caverns, and collecting 2 Rajang Wildpelt, you will be able to customize the support moves of your Palico.

However, it’s worth noting that you cannot customize the first and last support moves of your Palico as they are tied to a particular class of Palico. But the ones in between which were previously the RNG-reliant ones are now customizable.

This essentially means that you can now save a lot of time, hassle and stress on repeatedly grinding the RNG elements of these support moves and instead easily slot in your favorite skills that you prefer on your hunts.

Some of these like the Shock Tripper can be great for all monsters including Elder Dragons because it inflicts thunderblight which can trigger free K/O if you hit them on the head a couple of times even if you are using a slashing weapon. Other support moves like the Powerdrum can buff your entire team and Go, Fight, Win for the stamina buff.

At Master Rank 4, you will unlock the Buddy commitment side quests from Nagi the buddy agent. This will require you to use 3 Eureka corns on 3 buddies to max out their memory slots to a maximum of 8.

These corns are a new feature added to Sunbreak that lets your buddies equip more memory slots at the same time. If you are just starting out in the game, it might be a bit annoying to collect 9 of these corns to complete the quest but you will complete it eventually as you progress through the game so don’t worry about it.

You can find these corns in the new Kahoot Nest as well as in some shiny nodes in the Meowcenaries. After you complete this quest, you will unlock the buddy skill lesson.

Just like the swap support move, this lets you change your buddy’s memory skills with ones that your other buddies have already unlocked. Be careful when swapping these because once you remove them, the old ones will not be recoverable.

However, if you have plenty of buddies and you have been levelling them up throughout your playthrough, you should have a lot of buddy moves already unlocked.

Status Atack Up is a great must-have option for your buddies if you plan to bring a status weapon making it easier and faster to inflict those statuses on your enemies. Another skill called the Support Centric makes it easier to trigger support moves and Palamute gear but lowers the attack and defence of your buddy.

With these features unlocked, you can make a lot of customization for your buddies making it perfect for you and your particular build.

That’s it, now go ahead and create the perfect Palicos and Buddies in the game! 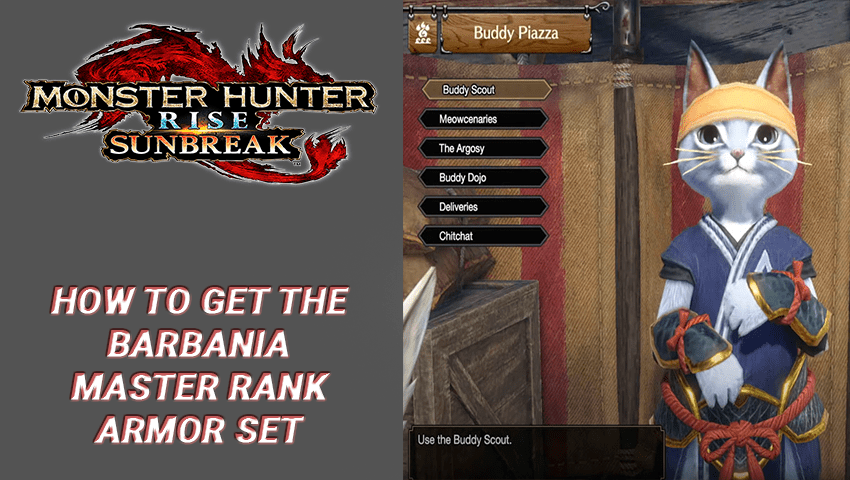