Here is how you get more cards in your collection in Marvel Snap! 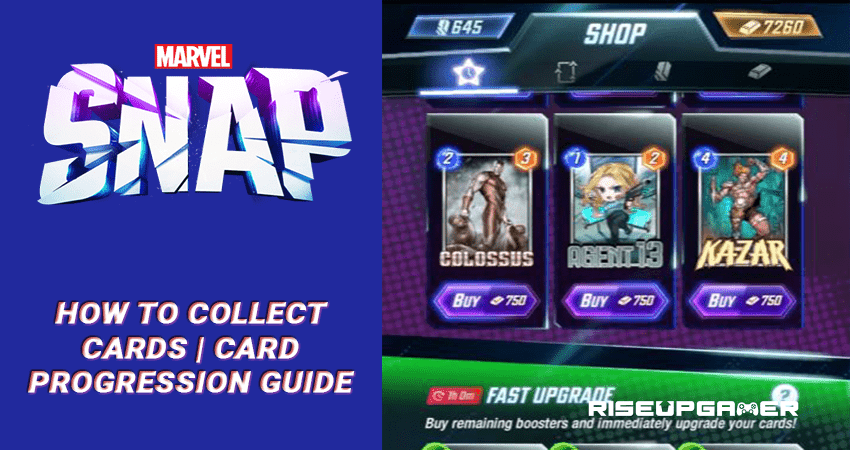 Marvel Snap, the debut title from the new studio founded by former Hearthstone developers, Second Dinner, is now out of closed beta and is now available to play on either PC or mobile phones. Seeing that it is still a new game, it is understandable for some players to get lost in some of the game’s aspects, particularly on how they can actually acquire cards.

Worry not! This guide intends to answer everything you need to know about the card acquisition mechanic of this new CCG. Without further ado, here is how you collect cards in Marvel Snap.

One of the things that separate Marvel Snap from the slew of other CCGs out in the market today is its card acquisition. Here, you don’t get to open booster packs – the way you collect cards in this game is similar to that of having a Battle Pass.

Players move up the so-called Collection Level Ladder every time they play, and by doing so, they may earn cards and Variants, as well as other in-game currencies that can help them get even more cards.

Marvel Snap’s cards are currently grouped into three Pools. Players will first only be able to earn cards from the first pool, then, once they have exhausted the cards in that particular poo, they will move to the next, and so on.

Take note that the order in which you earn these cards within each pool is effectively random.

How to Move Up the Collection Level Ladder

In order to move up the Collection Level Ladder, players must increase their Collection Level by upgrading the look of their current cards. Now, to increase your cards’ cosmetic rarity, you’d have to spend in-game currencies, specifically Boosters and Credits.

There are seven card cosmetic rarities in the game. Here they are from the lowest rarity to the highest: Common, Uncommon, Rare, Epic, Legendary, Ultra, and Infinity.

To get Boosters for a specific card, you must first put that card into the deck you are playing with. Keep in mind that Boosters are only earned from post-game rewards and will only be for those that are in your deck.

On the other hand, credits are currencies that are earned by completing Daily Missions. Unlike Boosters, Credits aren’t tied to any particular card and can generally be spent in more ways.

As we mentioned above, Boosters and Credits can also be rewarded by simply going up the Collection Level Ladder.

If you want a more direct way to earn cards in the game, there is always the option of going to the game’s shop. The Marvel Snap shop is currently divided into separate groups: The Fast Upgrade, the Credits, the Gold, and the Daily Offer.

The Credits and the Gold shops are basically where you buy to earn these currencies. Credits, which we have talked already about above, and Gold, which are very hand in-game currencies that can only be bought through real-world currency.

Lastly, is the Daily Offer shop, this group basically gives you a daily rotation of cosmetics and variants for the cards that are already in your collection. The things that are sold in this section of the shop can only be bought using Gold.

Currently, there is no other way to earn cards in Marvel Snap apart from the ways we have talked about above. At the game’s current state, if you want to get a specific card, especially if it’s a rare one, you can do nothing else but be patient and play as much as you can.

If all else fails, there is always the option of spending real-world money. But that is entirely up to you to decide. 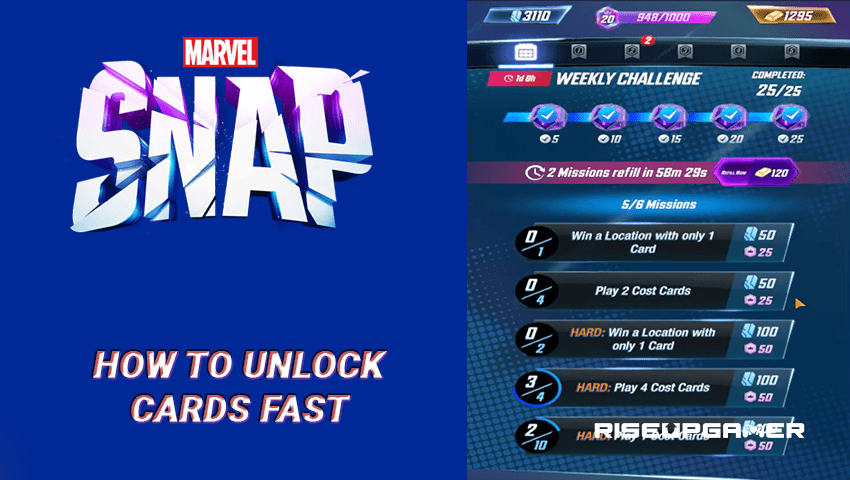