Marvel Snap: Beginner Decks To Help You Get Started

Check out the Beginner Decks to Help you Get Started in Marvel Snap! 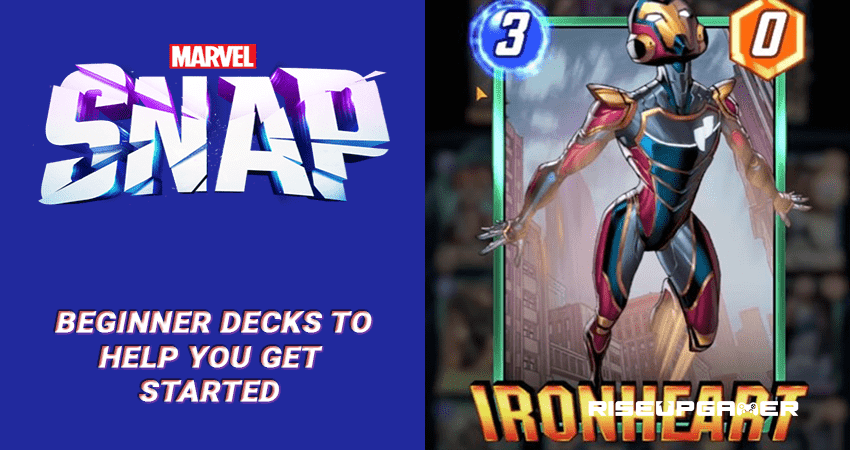 Marvel Snap is a newly released card game in which you play various Marvel superheroes. The game is pretty simple to learn, and if you want to climb up your rank at the beginning, you will want to build a solid deck that will help you start. If you need help with building your deck, then in our guide you can find the best one that will help you in the beginning of the game.

Keep reading our article and find out the Beginner Decks to Help you Get Started in Marvel Snap!

Beginner Decks To Help You Get Started – Marvel Snap

This will help you at the beginning of your game in the first two weeks of playing and give you a few ideas to build around, so you can continue to progress and push your collection until you get the additional cards.

If you are new to the game, pools of cards are just a set collection log ranges at which you can pull all of those set cards, and so pool one run from collection log level zero through 214, pool two runs from 222, and then currently all of the rest of the cards are unlocked through pool 3 at 474 plus.

First of all, we have the starting deck and this is what your deck will likely look like, as you’re going through the tutorial as you are unlocking and completing your starter missions.

The decklist operates pretty simply, and all you need to do is stack your power efficiently and push it into the optimal lanes.

The Spectrum’s ability on reveal gives your ongoing cards +2 power. If you are building a deck using Spectrum, whenever you first get this Mission.

You likely won’t have a lot of ongoing cards, but you should have all of these cards and they should give you enough of kind of a range to be able to complete your mission and continue progressing your card unlocks, your collection log level, and get you in a comfortable place so that you can get into your deeper cards.

With this list, you can focus on the ongoing ability cards, and the majority of your cards are going to have ongoing abilities. Not all of them will because at this point you don’t have enough cards to fill all of your card slots with ongoing cards.

Whenever you drop the Spectrum on the final turn, she will offer a much bigger power push overall. This should only last you a handful of games as well and once you complete the recruit pass mission to win so many games with Spectrum, you complete your other ones along the way.

The next pass mission is a build deck with Odin, and on reveal he will activate the On Reveal abilities of your other cards at that location again.

This is an early on-reveal style build, and what you want to do is have a pretty low energy curve, so you can push the power into the other lanes but at the same time you want to have some strong on-reveal abilities, and if you get re-trigger with Odin, you can get a lot of upsides and you can position yourself in a place to be able to win that game.

For this one, you could partner things like the White Tiger who has On Reveal adding a 7-Power Tiger to another location.

As you continue progressing your collection, you might unlock additional On Reveal cards that will be good to sub out for some of the less impactful ones in the list.

Nightcrawler is just a low energy curve that you can kind of position where you might want him to or where it might better serve you.

Also you can use the Ant-Man who’s low cost one power card, but he is an ongoing card, and he is not On Reveal card.

Around collection log level 100 you should be able to build a Kazar Zoo deck. He has an Ongoing ability your 1-Cost cards have +1 Power.

This decklist focuses on a lot of one-cost cards. This does a lot of good things for you, and it allows you to not be draw-reliant, so you can play any of these cards in any order.

If you have a really high energy high-power deck, you can’t really put them onto the board and lost lot of early game value by not being able to play efficiently.

This one doesn’t matter really what order you draw your cards in. You’re going to be able to play cards and use almost all of your energy each turn, so this decklist uses a couple of cards to help you elevate the power even further.

Once you have Angela, she’s going to be critical in this decklist. Whenever you play an additional card in this lane after dropping her, every single time you will get +2 power onto your Angela.

This can be used with a lot of your low-cost cards, you can push a Nightcrawler there and move it out. She will eventually become around a two-cast seven power card or even a two-cost nine power card if you do the Nightcrawler movement which is really big for a two-cost value card.

Next is Bishop who is going to continue growing and gaining power with every single card you drop after putting him onto the board.

If you put him on the board, and then you end up dropping three or four of your one-cost cards, after that he’s going to continue to get stronger with each card that is played.

You also have Iron Man as a way to push a huge amount of power, and early on while you’re in pool 1, your opponent likely doesn’t have counter cards such as Enchantress or Killmonger, and you don’t really have to worry about your ongoing cards getting canceled or your one-cost cards getting destroyed.

Enchantress will disable all ongoing abilities at that location, and Killmonger will destroy all one-cost cards across the board, and once you start getting into pool 2 where you start running into those counter cards, you will need to shift your deck focus, so you can protect your cards a little bit more. 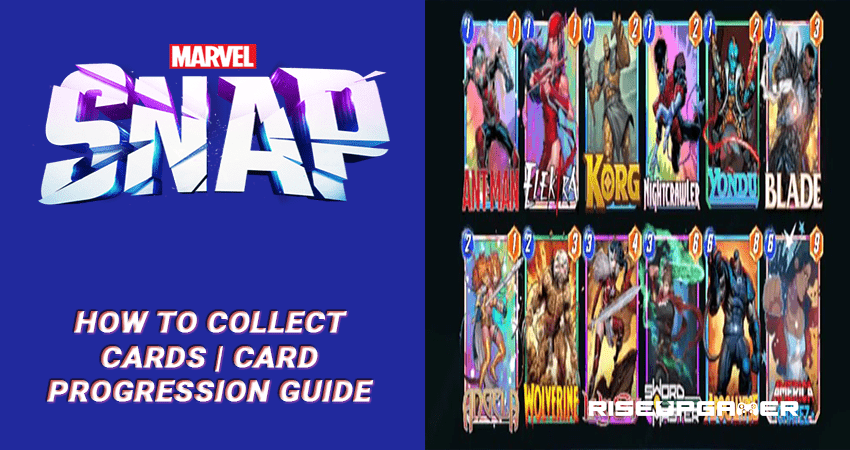