Manor Lords Developers bring the game in an entirely new shape with the latest update! 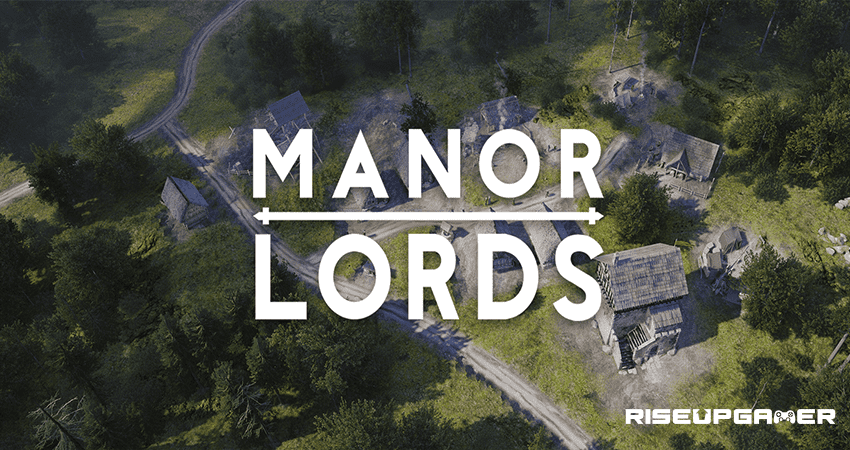 Keep reading our article to learn about the biggest Manor Lords Gameplay Update ever!

The City Building Mechanics are already pretty interesting when we last looked at Manor Lords, going for a more organic feel. It felt a lot more realistic than games that rely on a hard grid, especially in this era.

This system since has been upgraded in a few ways, the first of which focuses on residential plots inspired by burgage plots. These were deep but narrow plots of land, which became the norm in Great Britain and Ireland by the 13th century, they date back a few more centuries than that when they first started forming.

These plots were typically rented by freemen for a monthly fee, with a home facing the street and the land behind the home used to generate income for the renter through a variety of means, subletting, craftmanship, etc.

Burgage plots are a very important development and they are the same for the game too, where you can make a residential plot that involves placing four points, and then the game automatically subdivides the plot into subplots using the logic behind burgage plots to determine their exact size and depth, and all the little details.

You can choose the facing of the plot and if you’ve left enough room, the backyard area will have anything from a chicken coop to goat sheds to vegetable gardens, all sorts of stuff.

This creates a bit of variety and alongside the way that the plot actually conforms to a nearby road when you place the plot, you can see something more organic and much more believable for the era.

A new placement system is being introduced to the market square as well. It used to be just a matter of placing individual stalls with each stall selling a single item, but that led to awkward placement later in the game.

Instead, now the central well that determines the middle of the town will have individual attachable modules allowing you to control how the central market looks, creating a better overall look and feel without sacrificing function or form as the game progresses.

Late game resource production buildings like bakeries, breweries, blacksmiths, tailors and cobblers always ended up along the outskirts of a well-developed town.

To avoid this, you will see the introduction of what’s being called Artisan Conversion. This approach will allow you to upgrade high-level residential plots into artisans’ workshops, and that means the peasants that are living in the residence, become permanently attached to that job, but the structures can remain close to the center of your town despite being late game additions.

Separately, the developers’ diary talks about how the maps are all handcrafted, and to avoid multiple playthroughs ending up looking the same, underground water veins have been introduced.

Wells need to be placed on these veins and since wells act as town centers, this should encourage towns that look very different even on the same map.

The Loosely defined time frame of the game has so far resulted in a bit of a visual mishmash as far as historicity is concerned. To overcome that, Manor Lords is now narrowing its timeline and geography down to 14th-century Franconia.

It is important to note that the game still refers to itself as inspired by history. That is to say, there will still be some anachronistic, but it will be a lot neater than it was previously.

Collaborating with a member of the Manor Lords discord, the eclectic mix of Anglo-Saxon, French and Tudor architecture has been replaced with a southern Germanic style, and the future art direction should now have better parameters to stick to as well.

Buildings weren’t the only visual updates though characters from armor to fingers to facial hair, have all got some love and attention too.

We are seeing historically accurate armor progression as troops upgrade over time, and also there is a character artist from kingdom come deliverance getting involved with making armor and clothing.

There is also some talk about how deep learning AI is being used to generate faces which are then being modeled into 3D, which translates to more variety and faces for our peasants and soldiers as textures, models, and hair variations mix and match