It’s time to master your passes and moves in Madden 23! 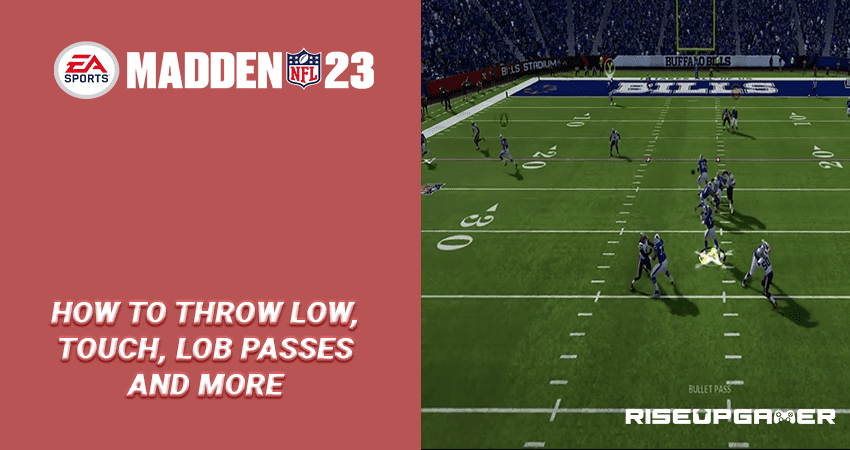 Madden 22 has finally launched, and it would be perfect to get your passing game at a higher level to perform better than the others and stay on the winning track. Madden 23 is offering plenty of different passes and moves that you must learn if you want to develop a successful air raid offense.

This guide will show you How to Throw Low, Touch, Lob Passes and more in Madden 23!

How to Throw a Low Pass in Madden 23

To perform this action in Madden 23, you need to hold the LT button for Xbox, or L2 button for PlayStation while throwing to your intended target.

The low pass is very useful in certain situations, and most of the time is used on curl routes. If you throw a low pass, the receiver will go to the ground, and you will have a very small chance of getting YAC by doing this action. It is better to throw a low pass in a situation where you don’t need the receiver to gain additional yards.

How to Throw a High Pass in Madden 23

This pass is almost the same as a low pass, just requires a different button to perform. By throwing a high pass, it helps when the receiver has a height advantage over his defensive back. With this pass, the receiver will make pause in the air a bit since her needs to jump higher to catch.

How to Throw a Bullet, Lob and Touch Pass in Madden 23

A bullet pass requires you to hold the button of your intended target until a pass is thrown, and this pass is the easiest to perform. Throwing a lob pass is also simple as you just quickly have to tap the button of the intended target. Lob passes are great for deep balls as they allow the receiver to catch in stride.

Throwing a touch pass is more difficult than the other two passes. You need to hold the button long enough, but not like the lob, and then let go before it becomes a bullet pass. This can become a pretty easy pass for you after some practice.

How to Throw a Pump Fake, Throw the ball away & Slide in Madden 23

Throwing a pump fake requires you to double tap the button of the receiver you’re faking to. This will potentially force the defender to bite and free up the receiver.

Throwing the ball away is much easier, as you just press in on the right stick for Xbox, or press R3 on the PlayStation controller. This will throw the ball out of bounds to avoid a sack or a dangerous throw.

Madden 23: How To Create A Player

Madden 23: How To Get Training Points Fast & Easy

Madden 23: How To Relocate – A Complete Guide

Madden 23: How To Hurdle And Jurdle, Tips And Players With The Highest Hurdle Rating

Madden 23: How To Throw Low, Touch, Lob Passes And More

Madden 23: How To Stiff Arm

Madden 23: How To Play With Friend

Madden 23: How To Create Your Own Team

Madden 23: How To Earn Coins And Get Good Cards 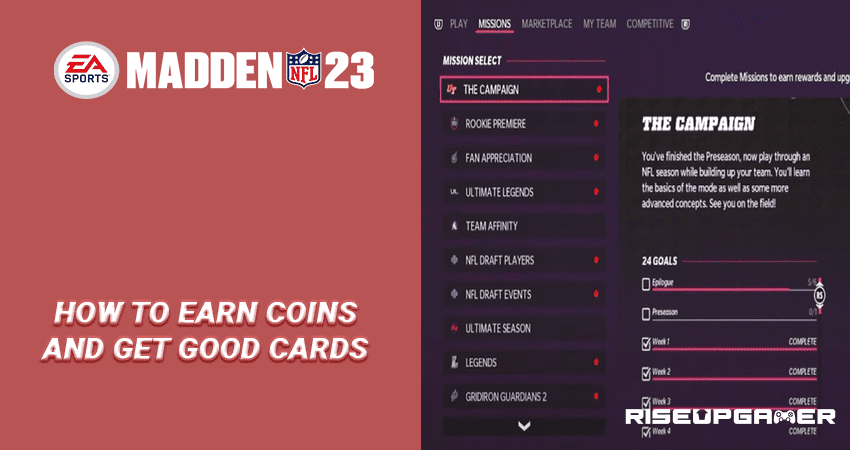 Madden 23: How To Earn Coins And Get Good Cards
Read next >
Madden NFL 23
Popular now
Latest