By Borut Udovic
Check out this guide to achieve 100% completion in the Stay on Target mission! 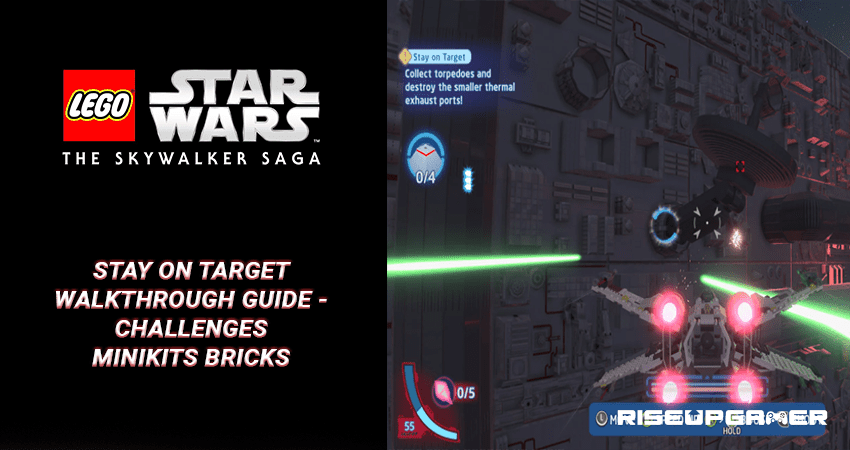 The stay on target mission is the final mission that players need to complete in Episode IV: New Hope of LEGO Star Wars: The Skywalker Saga. In this guide, we will tell you how to complete all the Challenges, Minikits and Kyber Bricks to achieve 100% completion of the mission.

In this mission, you will need to fly an X Wing aircraft while playing as Luke Skywalker and take down the deathstar.

The second Minkit can be found on a small transport probe on your left shortly after you have destroyed the TIE fighter. Destroy this ship to collect the second Minkit

The third Minkit is located in the larger open arena where you have the choice of flying anywhere you want. As soon as you enter the arena, turn to your immediate left and shoot the glowing blue panel on the wall to collect the third Minikit

The fourth Minikit can be obtained by destroying four different satellite dishes located in the open arena with their lights on. You will these satellites dishes spread all over the arena and they can be easily found due to the blue circle highlighting their location. After you manage to destroy all the dishes, you will be able to collect the fourth Minikit

Finally, the fifth Minkit can be found in the section of the arena where the ships of Darth Vader and Falcon are located. When you are flying in the area, you will notice a small Tie Fighter flying around in the arena, destroy it to collect the last Minkit in the mission

Clever Flying: When Darth Vader enters the arena and starts shooting at your ship then you need to wait for him to get target lock-on on your ship denoted by a red reticle. Tap the dodge buttons at the last minute to evade the targeting system and perform a loop manoeuvre. Do this manoeuvre three times and the challenge will be completed

Hope That’s Insured: At the beginning of the mission, you will be taking fire from turrets as well as TIE fighters present in the area. However, instead of destroying those TIE fighters, you will need to destroy 10 turrets located on the left and right sides of the trenches to complete this challenge. You can use the auto-targeting system available in the game so you can shoot those turrets easily.

That’s Not Going to Buff Out: When you are in the open arena with Darth Vader’s ship, you need to deal some serious damage to his ship in order to complete this challenge. Since the game doesn’t allow you to destroy his ship, you will need to keep shooting until his health bar gets depleted. The proton torpedoes that you have collected during this mission can help you deal some extensive damage to his ship and complete the challenge.

You can reach the True Jedi Rank in this mission by completely filling up the stud bar during the missions. Studs can be obtained by destroying enemy ships and turrets in the area.

You can easily reach this rank if you focus on defeating your enemies at the beginning of the mission by using the auto-targeting system in the game.

The mission also provides you with another chance to fill the stud bar once you reach the open arena during the mission where you can fly anywhere.

Focus on gaining as many studs as possible in the mission and you will easily earn the True Jedi Rank.

That’s it, you can now easily reach 100% completion in the Stay on Target mission in Star Wars: The Rise of the Skywalker! 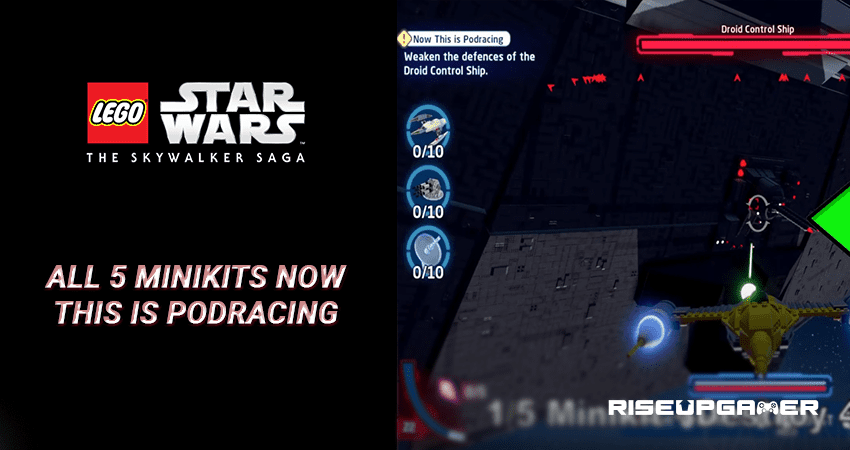