Check out this guide to complete all the puzzles in the Desert! 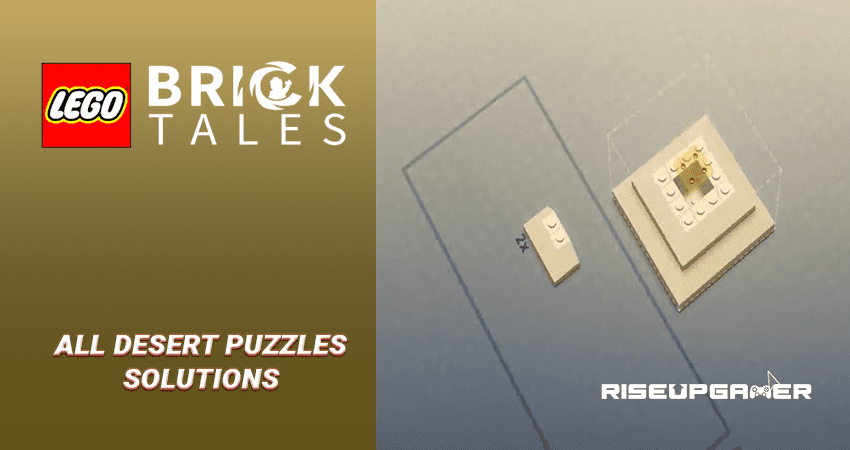 The Desert Puzzle has some of the most challenging puzzles that will test your creativity skills such as the Market Square and the Excavation site. There are a total of 11 puzzles that you will need to solve in this level.

This guide will tell you the solutions to all the puzzles in the Desert level of the game.

Put the wares in the right order

The rich merchant wants to fix the shelves in his warehouse after an earthquake and he prefers having his items arranged in a particular order. The correct way to place all the items starting from the left is:

The stall of the Catnip seller has been wrecked due to the earthquake and you are given the task of rebuilding so the seller can get back to business. Place the catnip jars in front of the seller and the two inverted wedges behind him to create a wall.

This is one of the most difficult in the game as it needs you to create a bridge with big arches to allow people below to easily walk through it.

You will need to place the bricks accurately to prevent them from falling down.

Start by creating the foundation of the bridge by creating two pillars in the middle with those bricks having four circles and then place the cylindrical bricks in all four corners.

Start placing the large plates on top of the arches to create the road for the bridge and the puzzle will be solved.

Build a safe passage over the dangerous pit

In order to cross the spiked pit inside the inner sanctum of the Pyramid, you will need to create a bridge to get across the dangerous pit. Start by placing the square bricks to create the pillars and then place the inverted wedges so you can lay down the platforms.

Now place the rest of the cream-coloured bricks to lay down the path to move across the pit and the puzzle will be completed.

To get started, place the two circular brown bricks on top of each other.

Add the pink pool in the left corner and the cat in front of it to complete the puzzle.

Start by creating the base of the pyramid by creating an outer layer by placing the bricks as shown above.

Next, add a second layer on top of it by using the smaller bricks to form the second base of the pyramid.

Place the last three remaining bricks as shown above and your Pyramid will be constructed.

Build a nicely arranged shadowbox for the guardian

Start by adding the bricks containing the two pots in the left and right corners while putting the ones with the lamps in the middle.

Place the two remaining bricks in the corner and you are good to go.

Restore the floor mosaic showing the queen and Miw

This is a jigsaw puzzle that you need to fix after completing the trials for Queen Celocatra. You can restore the mosaic on the floor by referring to the image shown above.

Build a ramp for the construction vehicle

Last but not least is the task of creating a ramp for the construction vehicle so it can build a large statue of the cat. To get started, place the small brown brick on the left and then add a little brick with a wedge on top to make a ramp.

Next, add some more bricks to further create a ramp-like structure on the left side using the long and wedge-shaped bricks.

Replicate the same design to create a ramp using the long and wedge bricks on the right side. Make sure to place the wedges parallel so that the surface remains even on both sides.

Your final structure should look like the one shown above.

That’s it, you have successfully completed all the puzzles in the Desert level of the game! 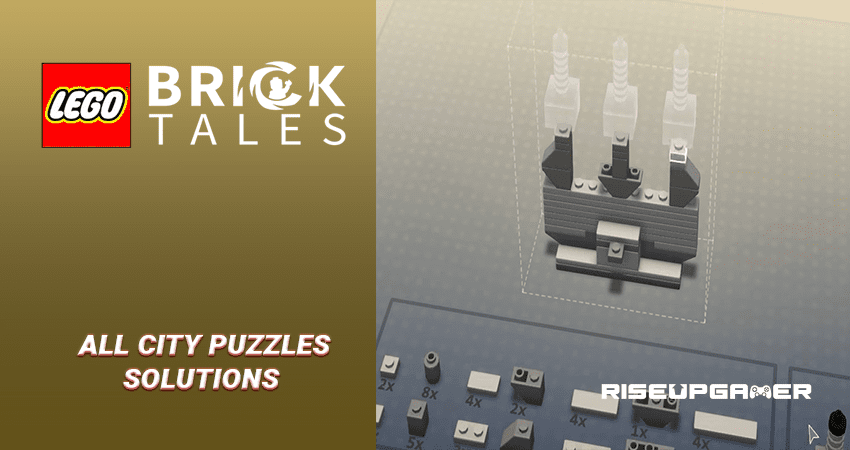