Find every collectible in the land of the pirates! 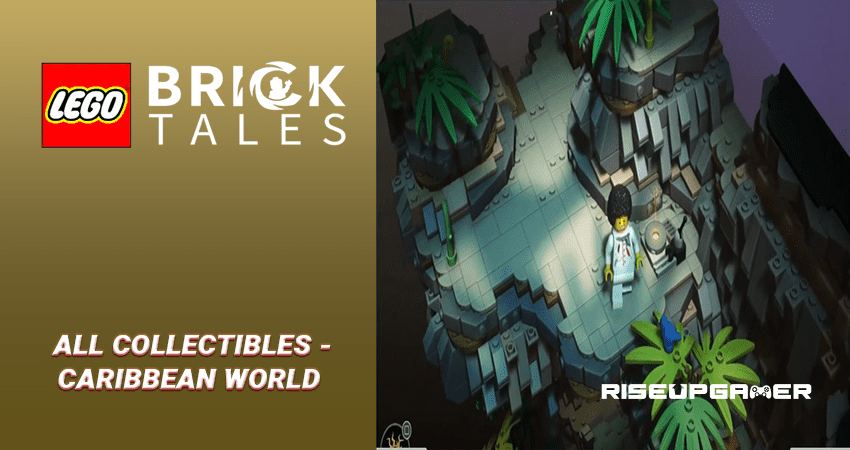 LEGO Bricktales is a kid-friendly adventure puzzle game that throws players into many fantasy worlds where they would have to build various LEGO structures to solve its many puzzles. It employs an intuitive brick-by-brick building mechanic that makes you genuinely feel like you are building the LEGO pieces yourself. Truly, this game fulfills the dream of kids (even adults) who are fond of LEGO bricks.

Much like any other adventure game, LEGO Bricktales also has a ton of collectibles for players to keep an eye on. In this guide, we will be showing you all the collectibles you can get in the fifth world of the game, the Caribbean island.

There are five kinds of animals you can collect in the Caribbean world with each kind having four hiding somewhere on the islands. They are the Ladybugs, Chameleons, Hermit Crabs, Blue Birds, and Rabbits.

The first one is found on the island that has ruins in it. It should just be on the side beside some grass.

The second ladybug is located in a dark cave accessible through the back side of the portion of the map where you can see the pirate ship.

You would have to use your whip to get to it. It is on the corner bottom right of the cave.

From where you collected the second ladybug, just explore the dark cave even more to find the third one. It is hiding just beneath a coconut tree and some vines.

The fourth and final ladybug is located near where you built the Gangplank. It is hiding under a cave opening.

The first chameleon is hiding in the corner of the uppermost part of the map.

Just go to the top left side of the Caribbean to see it by its lonesome there.

The second chameleon is hiding inside the skull-like cave on the section of the map where you can see the pirate ship.

Head inside there and use your gadget to materialize a wheel that opens your path going further into the cave. After entering, you should see the animal on the corner after bashing through some obstacles.

On the back side of where you found the second chameleon is another cave section. Upon entering this section, you should see some LEGO pieces you can break apart.

Do so using your gadget and there you should see the third chameleon.

After getting the fourth ladybug (near where you built the Gangplank), head up some ladders and break obstacles blocking your way to the final chameleon.

The first Hermit Crab is located just beneath the Rainwater Collector puzzle. It is obstructed by several small LEGO pieces. Free the crab first to collect it.

The second Hermit Crab is hiding in the small corner from where the pirates are working out and hanging out. Break the obstacle blocking your way to the animal.

The third Hermit Crab hides even further in the cave where there is a large pool of water in the middle. You would have to use several gadgets here just to gain access.

On the backside of this section of the cave, through an opening, is the third Hermit Crab. It is by the water.

The fourth Hermit Crab can be found deep inside the cave accessible through the skull-like structure located on the section of the map where you can see the pirate ship.

You would have to use an assortment of gadgets to proceed through this particular cave. Use your gadget on the well-like structures to drop the water level giving you access to the animal that is hiding in the corner of the room.

The first blue bird is located at the top of the part of the map where you can find the pirate ship. You would have to use an assortment of tools to get there, however.

It is on the corner of the platform just after going down a ladder.

Further into the cave where you found the third chameleon the second blue bird. It is on the corner just behind some destructible object. Use your gadget to get to the animal.

The third blue bird is located on top of some plant LEGOs deep inside the cave accessible through the skull-like structure located on the section of the map where you can see the pirate ship.

You would have to use an assortment of gadgets to proceed through this particular cave.

The fourth and final blue bird is found even deeper in the cave where you found the previous one. Again, you would have to use practically all your gadgets to traverse this cave.

After heading to some teleporters, you should find yourself in a small opening where the fourth blue bird is located.

The first rabbit is hiding on the bottom part of the map where the pirate ship is located. Gain access to it by opening the cave in the middle of the map.

You can open it by heading to the top side of the map and rotating a wheel. Once opened, head to the cave opening and it will transport you to where the rabbit is hiding.

It is basically just beneath the cage.

The third rabbit is located within the dark cave accessible from the back side of the section of the map where you can see the pirate ship.

Once inside the cave, just head down the first ladder you see. On the side is the rabbit.

The final rabbit is located well deep into the cave accessible through the skull-like structure located where you can see the pirate ship.

After going through some teleporter and using some gadgets to proceed further, you should see the fourth rabbit hiding in some grass just after climbing up a ladder.

It wouldn’t be called a pirate island without some treasure lying about, right? The Caribbean world holds 13 chests scattered all over the map for you to find.

The first one is located at the very top of the world level itself. Once you get access to the whip, make your way there.

Take note that you can’t actually get there without the whip first.

The second chest is located inside the cave where you found the first chameleon. It is on the top corner left of the map.

The chest is in the very middle of the cave. To gain access to it, you must first solve some puzzle.

The third chest is hiding beneath the map. It can be accessed through the cave opening near where you created the Pig Wagon.

There is also a coconut tree near the opening. Just go inside and you should be transported to the location of the chest.

The fourth chest is located near the pirate ship. On the left side of the ship should be a mini beach where you can find the chest.

Firstly, break the LEGO pieces obstructing the teleporter near the chest using your tools. You can teleport there using the connecting teleporter on the other side of the ship.

The fifth chest is located where you found the first rabbit as well. It is through the cave opening on the center of the map where the pirate ship is located.

Use your gadget to materialize the hidden chest on the side.

The sixth chest can be found right after the second chameleon.

After getting the animal, head over to the path on the side that leads you outside the cave for a while. There lies the sixth chest.

From where you collected the third rabbit, use the teleporter on the side to go deeper into the dark cave. There hides the seventh chest just beside a small pool.

Even further down the dark cave where you found the third rabbit hides the eighth chest.

It is located on the backside of the cave after going down some stairs. Use your gadget to materialize it.

From where you collected the third Hermit Crab, use the teleporter to transport you to another section of the dark cave. There, use your whip to get up the platform and get the chest.

Chest number 10 is just beside the fourth rabbit. Use your gadget to go where it is.

Chest number 11 can be located deeper into the cave where you found the tenth one. It is also very near the third blue bird.

The twelfth chest is in the very center of the room where you found the 4th Hermit Crab and the 4th blue bird.

There you have it! That is every collectible you can find in the Caribbean world in LEGO Bricktales! While some may be challenging to find on paper, you can actually easily get them all in one run – except for the final chest which you first need to get 20 Hermit Crabs. 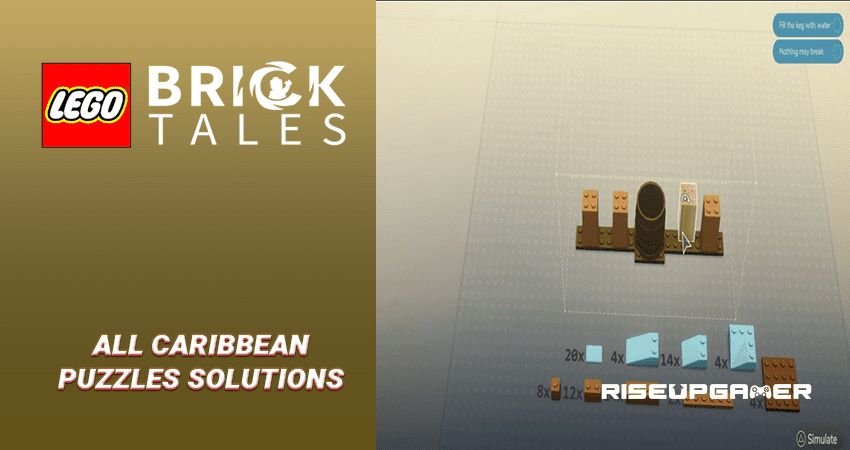