By Borut Udovic
Kuki Shinobu is cute but deadly. 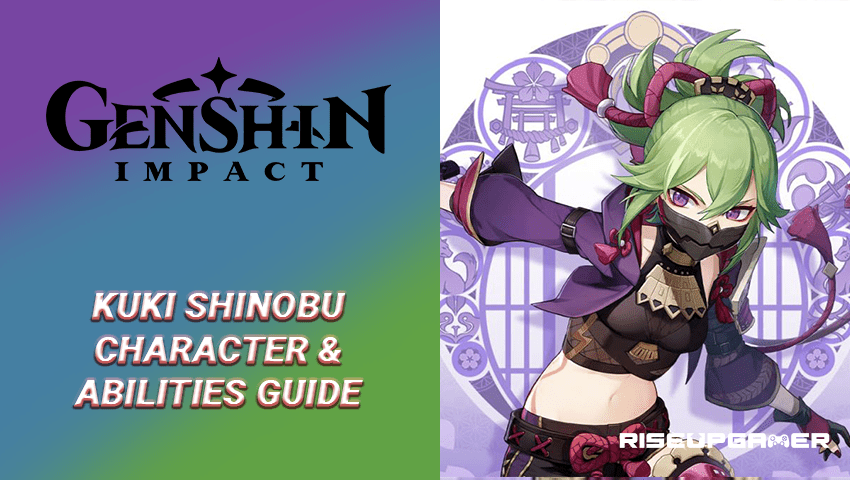 Kuki Shinobu is one of the newest characters that will be released in Genshin Impact. The release date for this character is the first of June 2022. This melee fighting character is famous for its quick dagger slashes and the ability to cover a bunch of areas with her clones and mass clear the area.

This guide will show you all you need to know about Kuki Shinobu.

This character is known as the Kuki Ninja, who is an electro character. Since the recent leaks for this champion, the community is aware of the 3 normal attacks that Kuki Shinobu will perform, they are:

This elemental skill allows Kuki to create a Frass Ring of Sanctification around the character. This ring deals electro damage to nearby opponents and costs only a portion of Kuki’s health.

By stabbing her blade into the ground, Kuki creates a barrier that deals electro damage to all the enemies within the barrier. The damage is based on her maximum health, the lower her health is, the longer the burst lasts.

Kuki also can get 25% more rewards when dispatched on a Liyue Expedition for 20 hours.

Her two talents are Breaking Free, which grants Kuki bonus healing by 15% when she gets below 50% health.

The Heart’s Repose allows Kuki to have boosted healing on her Sanctifying Ring’s abilities, depending on her elemental mastery.

NOTE that these abilities and passives are all in a work-in-progress condition, meaning that some of them can change.