By Borut Udovic
Check out this guide to complete the Hunk of Junk mission in LEGO Star Wars: The Skywalker Saga! 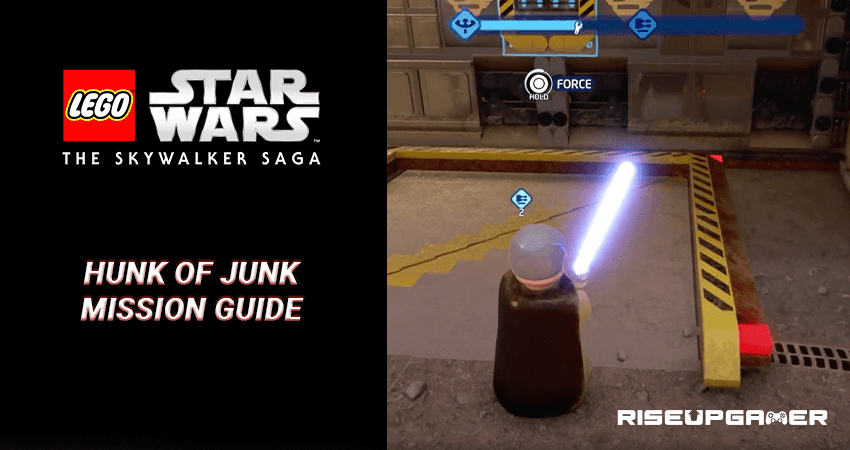 LEGO Star Wars: The Skywalker Saga has arrived and there are tons of missions and side quests for players to complete. In this guide, we will tell you to complete the Hunk of Junk quest in the game.

The first objective of the mission requires you to help Chewbacca get on top of the Millennium Falcon so he performs repairs.

In order to do so, head over to the orange coloured lift in the corner and grab its side rails.

Now push it into the grey-coloured area next to the Falcon.

After doing so, trigger the red colour switch next to it by pulling it and the lift will be activated.

Now it’s time to find the missing parts of the Millennium Falcon ship.

The first part is stored in an orange coloured container which you can open by switching over to Old Ben Kenobi and then using your lightsaber to rip it apart.

All the parts will now spill out from the container and you can add them back to the ship by pressing the build button.

Now it’s time to fight against some Stormtroopers in the area. Use your force to lift the object and throw it toward your enemies.

Press the Build button next to the parts lying on the ground and then head towards the area denoted by the blue marker.

Use your force to open the door and the hidden parts will be revealed and brought up via the lift.

Press the red colour switch to activate the machine and it will place the missing parts back onto the ship.

Defeat the rest of the reinforcements and switch back to Han Solo to fight against the remaining enemies. Build any parts you see lying around and head over to the boxes denoted by a purple marker.

Use your special ability to destroy all four boxes in succession and the part on top of it will fall to the ground. You will be greeted by a new wave of Stormtroopers which you will need to fight against in order to proceed.

After doing so, switch back to Old Ben Kenobi and use the force to place the object in front of you in the highlighted location on the lift.

Now travel to the platform above through the lift that you just activated.

Once you reach the upper platform, turn right and climb the ladder to reach the platform used to operate the overhead crane.

Grab the pipe to activate and operate the overhead crane.

Turn its direction towards the right and place the sensor dish onto the location highlighted below.

You will now need to protect Chewbacca as he repairs the Millennium Falcon from the fresh reinforcement of Stormtroopers.

Fight against all the snipers on the platform by using your lightsaber. After all the enemies on the upper platform are defeated, climb down and defeat the rest of the enemies down below.

Switch over to Luke Skywalker and use his blaster pistol to fend off the rest of the Stormtroopers.

Once the ship gets repaired, board the Millennium Falcon to escape from the area and a cutscene will play completing the mission in the game.

That’s it, you have now successfully completed the Hunk of Junk Mission in the game! 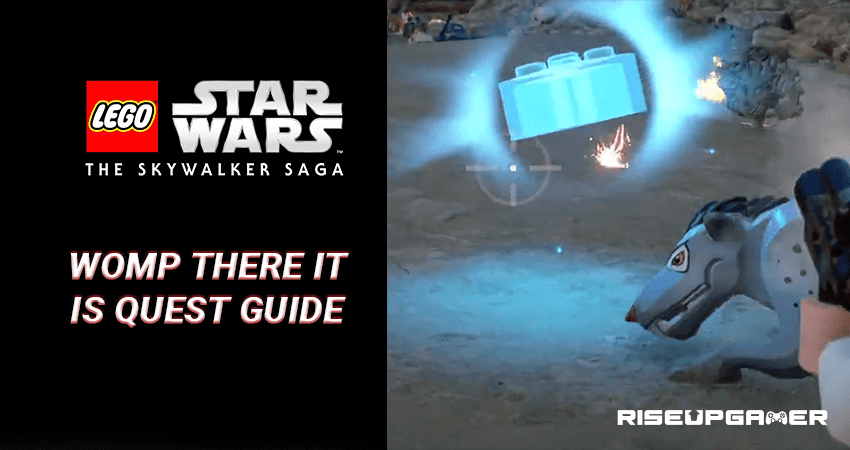