How to get STUD Multipliers: LEGO Star Wars: The Skywalker Saga

Check out this guide to find out how to obtain Stud Multipliers in LEGO Star Wars! 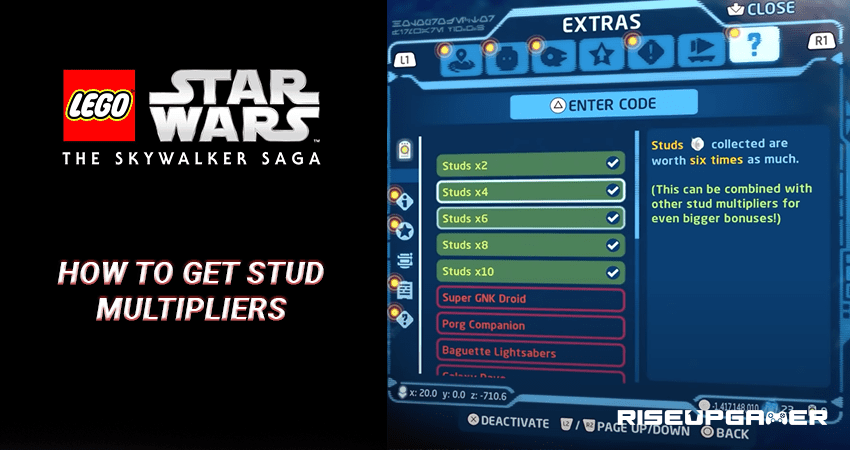 LEGO Star Wars: The Skywalker offers players the opportunity to explore the different planets as they progress through the story and unlock different characters. In this guide, we will tell you how to unlock stud multipliers in the game.

How to get STUD Multipliers: LEGO Star Wars: The Skywalker Saga

Studs are the in-game currency that is used to unlock different items and purchase new characters or upgrade the skills of your existing characters.

Acquiring the more expensive characters in the game will require at least 200,000 studs or more so it is important that you focus on collecting more of them. They are also required for reaching the True Jedi rank in every mission of the game.

These multipliers stack on top of each other so you will be able to obtain a 3,840x multiplier once you manage to purchase all of them.

In addition to studs, you will also require a Datacard in the game for purchasing these stud multipliers. These Datacards can be obtained by exploring different planets and there are a total of 19 Datacards that you will be able to collect.

For purchasing these stud multipliers, you will need to farm plenty of studs which can require a lot of time. The cost of each multiplier is mentioned below:

That’s it, now go ahead and farm those studs to purchase all the Stud Multipliers in the game.