By Borut Udovic
Check this guide to find out how to complete Yelan’s prerequisite quests in Genshin Impact! 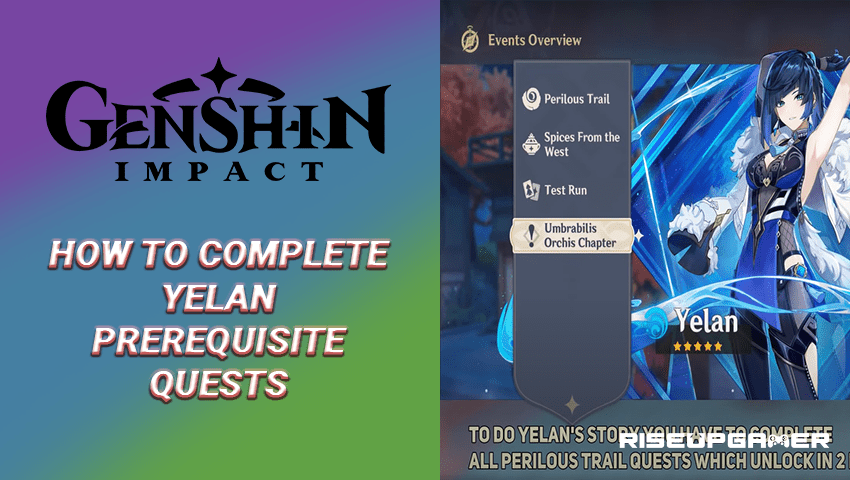 In order to unlock the Umbralis Archis Chapter-1, you will need to first reach Rank 40 or above and complete a few other quests such as the  “Since Unicornus Chapter;Act-I Sea of Cloud, Sea of People” and “Interlude Chapter: Act II – Perilous Trail”.

There are a total of four missions that you need to complete in the Perilous Trail quests with two available as of now and the rest being unlocked on June 1 or June 2 2022 depending on your timezone.

So you will need to complete Ganyu’s storyline and obtain at least one story key by completing Daily commissions in the game. You will be able to start earning those commissions after you reach Adventure Rank 26 so it might be quite some time before you start playing the Umbralis Archis Chapter 1 quest if you don’t fulfil all the requirements.

That’s it, now go ahead and complete those prerequisites quests so you can enjoy playing Yelan’s storyline when it arrives in the game.