The protégé puts his mentor down for good 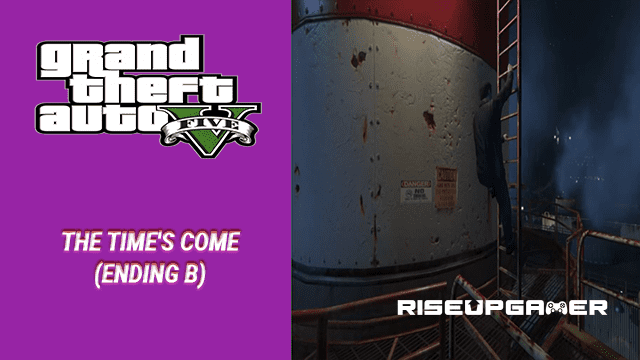 In this guide, we will be looking at how you can finish the final mission The Time’s Come, and what it entails in the endgame section of GTA 5.

Franklin calls Michael to bait him out by tricking him that they need to talk about something important when in reality, he wants to abide by Weston’s wishes and put him down for good.

Two will eventually meet, but before anything could happen, Michael figures out Franklin’s true motives and start running for the hills.

Franklin will follow him, thus, starting the final mission The Time’s Come.

After choosing to kill Michael in the finale mission’s opening cutscene, wait for Franklin to set up a meeting with Michael in a secluded area.

He will also try to inform Trevor of his plans. However, Trevor will refuse to participate in killing his old friend and call Franklin a traitor.

Once that’s done, drive towards the marker on the map to meet with Michael. It is recommended that you bring with you a fast maneuverable car.

After the cutscene with Michael, quickly hop into your car and follow Michael.

Do not bother stopping him as the chase sequence will stop at a predefined moment.

The chase will end at the Palmer-Taylor Power Station in the San Chianski Mountain Range.

Franklin and Michael will then engage in a gunfight while running up the stairs leading up to the peak.

Wanting to keep Franklin at a distance, Michael will run up to the top of the tower. The mentor and the protégé would soon engage in a physical scuffle.

Franklin overpowers Michael and pushes him off the rails. He will catch him by the arm at the last possible second.

The game will then give you the choice to either pull Michael up or end him once and for all.

However, this choice is merely an illusion as both options will leave Michael dead anyway.

This will end the final mission The Time’s Come. Take note that choosing this mission means that Michael will no longer be a playable character in GTA 5’s endgame section.

The final cutscene will see Franklin calling up Lamar as he walks out. The ending credits will then play out.