By Borut Udovic
Is Rockstar secretly changing the look of buildings in GTA Online? 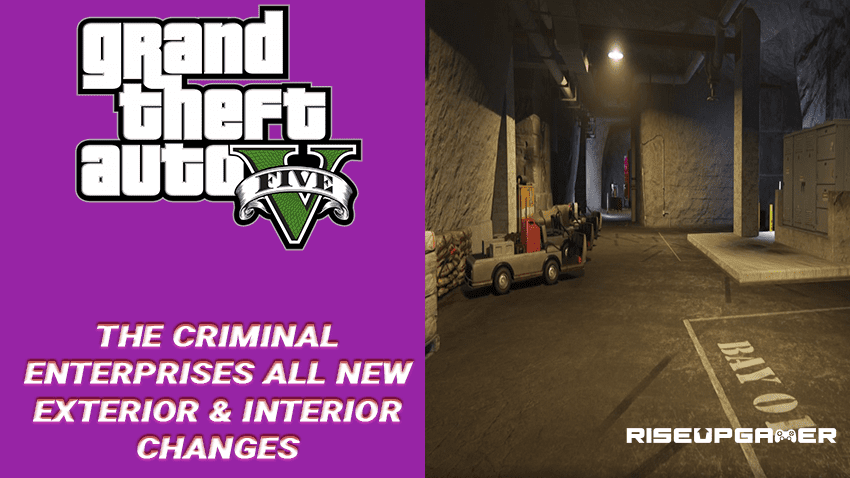 Grand Theft Auto Online has recently received a new update that adds the Criminal Enterprises which brings plenty of new additions and changes including new vehicles, missions and business opportunities for players. As with previous updates, Rockstar has secretly made some changes to the interior and exterior of different buildings in the game and many players won’t be able to spot the differences until they look closely.

This guide will tell you everything about the new interior and exterior changes made to buildings in this new update.

The Luxury Autos building has received an exterior revamp in this update. As you can see above, the older version of the building was fully covered in glass with red curtains behind them hiding the cars.

The three windows on the front have Buckhingam, Prister and Grotti written on them informing players about the cars available in the showroom.

However, the newer version has a more muted look overall with the glass on the building being replaced by a black wall on the three front windows.

But the view is slightly different at night as the third window is now visible thanks to the white LED light reflecting inside.

You can easily notice the difference between the older and the newer version thanks to the lack of glass:

Next is the Agency Building which also received slight changes in the parking area.In the older version, players were greeted with a dull brown wooden coloured wall with no signs or markings on them.

However, in the new update, there are small changes made to the wall with 3 new signs added to it denoting the parking space for the employees.

There is a very minor change to the Bunker in this new update. As you can see above, the older version of the building didn’t have any vehicles parked inside the Bunker area where “Bay 01” and “Bay 02” is written on the ground

In the new update, there is a small military cargo truck in the corner with some goods loaded on it to help players transport the goods.

While the Warehouse appears identical in both versions, there is a slight change in the tone and colour of the lighting in the newer version.

The older version has bright white lights with a slight flickering in them whereas the new version has yellow colored light with more frequent instances of flickering.

This change makes the overall look of the area a bit more gloomy and dark as compared to the older version.

The changes in the Motorcycle Club are barely noticeable at all except that the newer version adopts a slightly darker lighting overall and more people now visit the club in comparison to the older version.

This adds a bit of immersion to the Motorcycle Club since it is now visited by more people.

Another change is the addition of the bike to the Workshop area where players can see a red color bike standing parked in the corner.

Slight changes have been made to the Motorcycle Club Office area with a new small black bag being added next to the fax machine on the cabinet.

The last location is the Meeting Room inside the Motorcycle Club where Rockstar has added a few more details to the contracts board.

The older version only has one photo next to the map on the contract board while the new version contains three photos of bikes on the board. It is a very minor change but a welcome one as it fills the board instead of leaving empty spots on it.

That’s it, these are all the interior and exterior changes made to buildings in the Criminal Enterprise update!