Michael tries his best to spend a normal bonding day with his children. 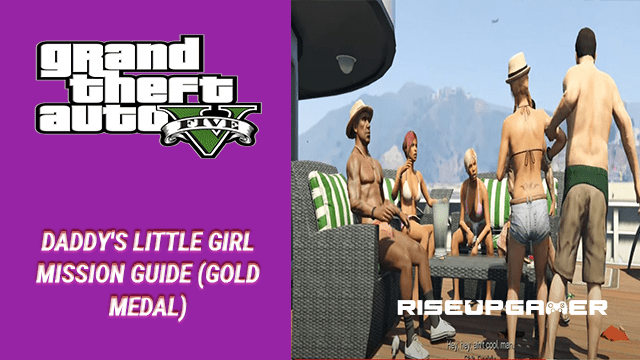 As bad of a dad as Michael is, at least he has his heart in the right place. He is a family man in every sense of the word. Unfortunately, his family relationships haven’t been the best it has for years now, compelling Michael to try anything he may think to make family bonding less awkward and more pleasurable to both his wife and kids.

Annoyed that his kid Jimmy spends his whole day slouching on his bed playing video games and screaming obscenities on the screen, Michael smashes his kid’s large TV and gets into a heated argument with him.

After a bit of back and forth, Michael realizes that he indeed overreacted and apologizes to his son. He tells Jimmy that he just wants them to do something together instead of just ignoring one another like they usually do.

The two then went to Vespucci Beach and had a competitive bike ride to the pier. While Jimmy appreciates what his dad is doing, he is also annoyed that he isn’t bothering his sibling Tracey with the same bonding stuff he is obliged to do right now.

Michael then responded by stating that her daughter isn’t giving him as much trouble as he does so she gets sort of a pass. Jimmy then dropped a bomb on Michael.

Tracey isn’t giving him any trouble because she hides it very well.

Jimmy then lets out Tracey’s dark secrets, but Michael isn’t convinced just yet and scolded his son for saying bad things to his sister.

Enraged by what he heard, Michael immediately jumps to the water below and swam furiously towards the boat. Here is how the mission plays out.

After the argument between Michael and Jimmy ends, get in your car and drive with him to Vespucci Beach.

At the beach, go to the Bike Rental and pick any bike that you want to ride.

Pedal as fast as you can while avoiding any pedestrians that may bump you off the bike. Staying on the bike is crucial to get the Gold Medal completion for this mission.

Once you arrive at the pier, the cutscene where Jimmy reveals the truth about her sister should play out.

As soon as Michael jumps in the water, swim underwater as long as you can without letting Michael drown.

This will help you swim much faster and reach the boat sooner. This, too, is crucial to get the Gold Medal.

After Michael gets on the boat, a cutscene should play where he fetches her daughter and then ride a speedboat with her.

The guys on the boat would then have some people chase you. Keep the accelerator on to get as far away as possible from them.

Drive as fast as you back to Jimmy to complete the Fastest Speed Requirement.

Once you reconvene with Jimmy, the ending cutscene should play, signaling the end of the mission.

Fastest Speed: reach top speed on the speedboat. Take note that leaning forward using the left stick on your controller helps reduce the bounce from the waves.

Stabilizer: don’t fall off the bike. This is as straightforward as it gets. Just avoid bumping into anything when racing Jimmy to the pier.

Faster than Fish: swim to the boat in less than a minute. Swim underwater as much as possible to move faster – just follow the steps shown above.

That is it! Do everything stated above and you should get the Gold Medal for Daddy’s Little Girl without a sweat!