Gotham Knights: How To Unlock The Talon Suit

Stylize your armor with the Talon Suit in Gotham Knights! 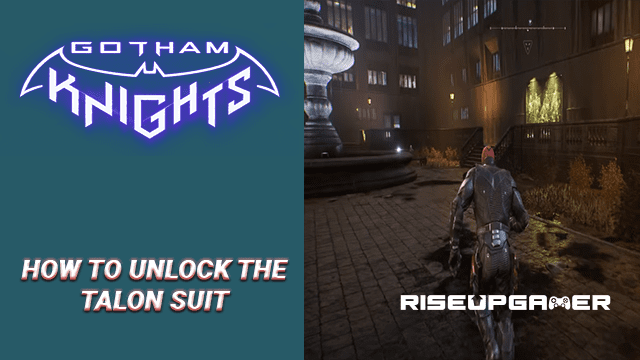 Gotham Knights is a large open world game that lets players explore Gotham City with the Bat Family. Gotham City is filled with collectibles that reward the player by collecting all of them. Stylish armors such as the Talon Suit are available to players who seek them out.

How To Unlock The Talon Suit – Gotham Knights

Once near a cache, Alfred will note that there are intriguing energy signatures nearby. There will be a stone mural that you can scan that will open up and reveal the cache.

The first cache can be found northwest of Ocran Chemicals.

The next stone mural can be found in the southeast portion of Gotham City University.

It can be found at the end of the stone hallway.

Gotham Knights: Amazing Ways To Get The Best Loot

The third cache is located at the lowest section of the Elliot center.

There are many entrance ways to this area, making it very accessible.

The fourth cache is outside of Gotham City Hall, to the south.

It’s easy to spot as the mural is in front of a fountain.

The last cache is found on top of the entrance to the Falcone Residence in New Gotham. Simply grappling hook your way up and scan it.

Upon finding the last cache, you can go to your menu and check your gear. The Talon suit should now be available as a transmog for your armor!