Shutting down Modvitnir’s Rig made easy! 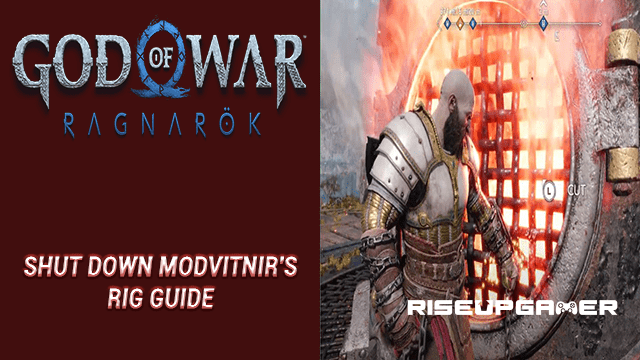 Much like any other RPG game in the market today, God of War Ragnarok is also filled with several side quests that players may fulfill to get XP and various rewards. Not only that, but these side quests – called Favors in this game – also expand the story of Kratos and Atreus’ journey. One example of this is the favor ‘Service of Asgard,’ where players are tasked to shut down three Mining Rigs.

In this guide, we will be showing you where and how you can shut down the first Mining Rig, Modvitnir’s Rig. Let us begin!

First off, you would want to dock your boat near the quest marker, particularly on the point indicated in the image above.

After that, climb up the linear path until the new enemy charges you and attacks you.  They are small lizard-like red creatures. They may be annoying to fight off, but they wouldn’t offer any challenge against you.

After getting rid of all the pesky enemies blocking your way forward, climb up the dangling chain to the platform above you.

Up there lies the mining rig that you need to shut down. But first, you will have to fight an ogre-like enemy near the rig itself.

This one will take several hits to take down, but again, it should not give you any serious problems.

Soon enough, another set of red lizard creatures would pop up. Deal with them as well to continue.

Now that the platform is clear off of any enemies, freely walk up to the rig at the center of the platform and interact with it.

Perform the button sequence shown on the screen and let Kratos do the thing he does best – destroying things!

After a short cutscene, the rig should shut down and your quest marker should update.

There you have it! One mining rig down, two more to go! Shutting down this particular rig isn’t that much of a challenge, to be honest. You just have to climb up some platforms and beat up enemies along the way. 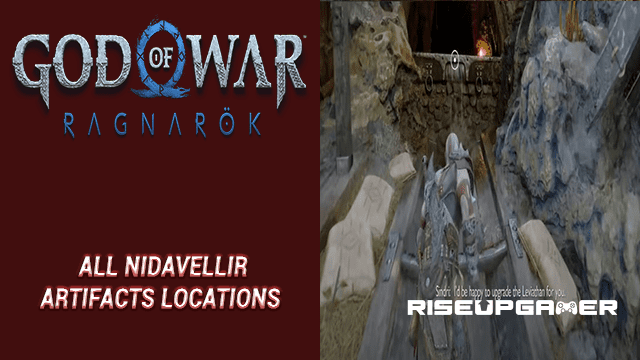