God of War Ragnarok: Best Luck Armor & How To Get

Check out this guide to see which is the best luck armor in God of War Ragnarok. 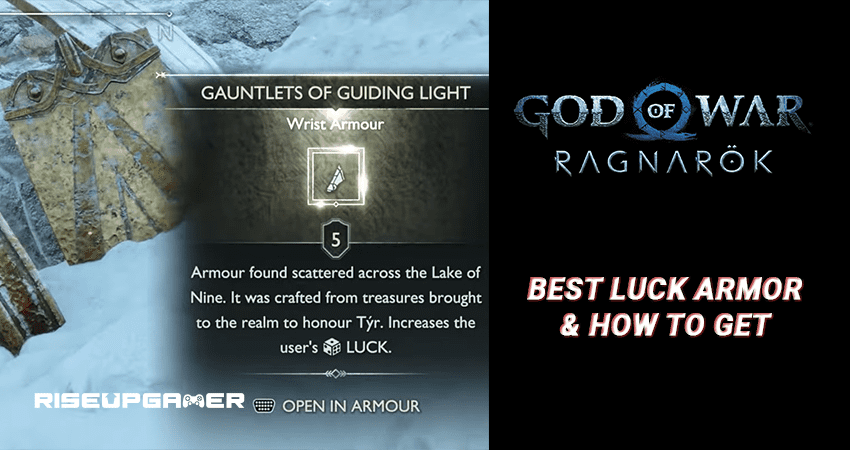 God of War Ragnarok has introduced its community with a bunch of cool armor pieces that you can obtain as you progress through the game. These armor set pieces to have different stats which allow you to have different builds for certain fights. Some have luck, others have strength and runic powers.

Today we will be covering the best luck gear set that you can obtain in God of War Ragnarok.

Best Luck Armor & How To Get

This armor becomes available to all players once they’ve completed the initial steps in The World of Fate quest chain.

Once you get the gauntlets, you will see some runes nearby that will start the Guiding Light favour.

With the Favour now started, you will get different locations on the map that have the remaining other Guiding Light armor pieces.

The breastplate of Guiding Light can be found on the east side of Lake of Nine. Here you will follow the rune favour marker which will lead you to a giant golden bell.

Inside the bell, you will find the Breastplate of Guiding light, as well as some more runes to read.

To get the waist guard, you need to get to the entrance of the Shores of Nine area. Once you get here, you will need to follow the path until you make it to the blue marker.

Use the blades of chaos to reveal the hidden chest that has runes on it, as well as reveal the Waist Guard of Guiding Light.

The Joutenheim’s Essence Enchantment will be located at the last quest mark for the Guiding Light quest.

Once you’ve gotten to the last quest mark, read the final rune and obtain the Joutenheim’s Essence Enchantment that is hidden in the snow.

And there you have it. That is how you can get all Guiding Light Armor pieces and have the best luck armor in God of War Ragnarok. Safe travels now warrior!