Goat Simulator 3: How To Get Scarecrow

Solve the spell circle and earn yourself the scarecrow costume! 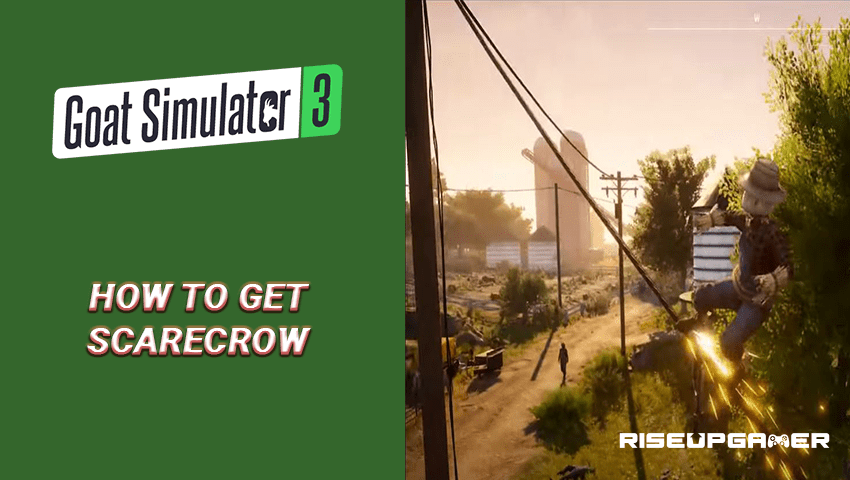 If you’ve always wanted to know what it’s like to create chaos as a walking scarecrow, this is your chance. Goat Simulator 3 is here to fulfill your fever dream! If you want to unlock the scarecrow costume, you would first need to solve the quest ‘Children of the Hay.’

In this guide, we will be showing you how to complete that specific quest and unlock the scarecrow.

How To Get Scarecrow

To get the scarecrow, make your way to the section on the map as shown in the image above.

There, you should see a glowing red spell circle depicting a scarecrow. This would signal the start of the ‘Children of the Hay’ quest.

You would then need to bring any three scarecrows in the middle of the circle as a sacrifice.

You can find two scarecrows near the circle in the fields. Simply drag them to the spell circle.

For the third scarecrow, you may want to check the water tank just past the fields where you got the first two.

A scarecrow should be standing on the water tank. Grab it and complete the sacrifice for the spell circle.

READ ALSO: Goat Simulator 3: How To Get Banana

Upon dragging the third and final scarecrow into the mix, the spell circle should then work its magic.

After a brief light show, the spell circle should then disappear and turn you into a scarecrow yourself. This ends the quest and permanently unlocks the costume for you.

There you have it! Now fulfill your dream of roaming about and creating chaos as a creepy scarecrow! 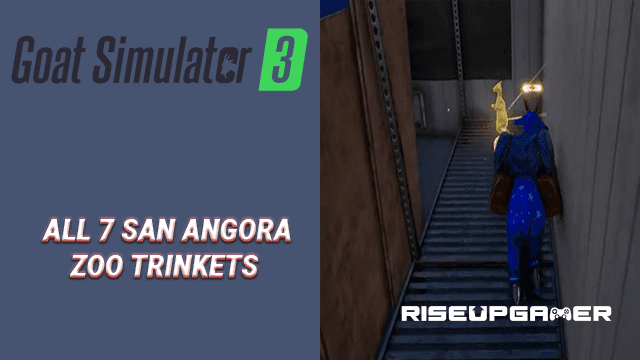