Time to see what the Dirge of Bilqis quest has to offer in Genshin Impact.

With the newest upcoming update in Genshin Impact, players have had a great time exploring the new map as well as encountering a bunch of new quests. The Dirge of Bilqis is a new quest and also a very long one that will take you quite some time to complete. A combination of many objectives as well as many cut-scenes.

Today in this guide, we will fully go through the Dirge of Bilqis quest for Genshin Impact

The Dirge of Bilqis Quest Guide

The quest begins just north from the Avidya Forest. Here you will need to start off by speaking with Katheryne to begin everything.

After a very long conversation with Katheryne about the letter from Ms. Jeht, you will be required to go to the Tanit Tribe and fight Jeht.

Once you get there, you will meet with Jeht herself and run away from you. You need to chase her and see what she requires from the letter that you’ve previously received.

As the chase slowly comes to an end, you will speak with Jeht one more time and continue your adventure inside the Temple of the Outskirts in Gurabad.

The temple is not very far from the quest area, you will be required to simply follow the quest marker that is given to you and you will make your way there in no time.

When you’ve finally reached the temple, you need to make your way over to the temple’s gates and find Azariq.

Once you’ve spoken with Azariq, you will learn more about the new Rune Mechanisms and Sand Piles. These mechanisms collect energy and explode once they’ve reached full capacity. They will aid you whenever you want to open a gate or a secret passage.

With the help of the rune itself, you will be able to open the gates of the temple and make your way inside by going even deeper.

As you get deeper, you will see a pyramid and 4 different pillars, three of them being red and one of them being blue. The blue pillar can be activated and used to remove sand that is blocking an entrance or a hidden area which is needed for you to complete the mission.

Switch the first blue pillar towards the gate behind it to remove the sand and begin the next objective which is to activate another pillar and turn it blue.

As you make your way inside the first gate, you will be required to complete a series of puzzles along the way. These puzzles will contain small rune mechanisms that fire a blue beam. This blue beam can be turned 90 degrees whenever you hit it with a weapon.

On the opposite side of each ruin, you will find blue stones that can be activated through that beam. Keep following the given objectives as you go through each room until you get to a point where you need to go down even deeper into the temple and continue searching it.

When you’ve reached the final part of exploring the deeper caves in the temple, you will activate another pillar from the pyramid.

The next pillar that you’ve recently activated will also fire a blue beam that can remove sand. Move the beam towards the door behind the pillar to remove the sand and begin your journey in activating the third pillar.

From here on you have to complete a similar set of objectives until you make it to the main room and activate the third pillar. These objectives will require you to solve various puzzles by moving the blue beam towards the blue stone and continue to activate different mechanisms.

After a numerous set of puzzles, you will eventually drop to a point where you will lose yourself in the temples depths and be required to climb back up and find a way towards the pyramid to see if the third pillar has been activated.

Here the blue quest mark will be always with you and help you find the correct path. After the exploration in the depths, you will see a big gate at the end of the tunnel and make your way up towards a staircase which is going to lead you into the big room with the pyramid and there you will see that the third pillar is now activated.

From here on forward the next objective is pretty simple. Remove the sand from the door behind the third pillar and enter the room filled with puzzles. Solve the simple puzzles where you need to shoot the beam into the blue stones or remove sand to enter into the next phase of the room.

After completing all puzzles and activating all four pillars, the pyramid will power up and start levitating up in the air.

Check Outside The Temple

Once the Pyramid has been activated properly, you will need to go outside the temple itself and see what is going on out there. The next quest objective will guide you towards the Safhe Shatranj.

The Safhe Shatranj is a hidden city from the deserts that has just been revealed with the help of the Pyramid that you’ve managed to activate. In here, your quests will continue as you need to explore the next gate and enter the ruins.

If you continue going deeper into the ruin, you’ll start seeing a bunch of greenery and nature which seems to be odd. There is going to be a tree inside the ruin that will be activate it once you touch it. Touching the tree will make an earthquake and reveal a secret area that will help you continue going through the mission.

Here you will also learn more about Jinni in the magic bottle. – Your new companion.

Search the temple ruins and continue onward as the quest marker guides you.

As you go onward and learn new things, you will be required to head back to the tribe and report to Babel what you’ve experienced.

Now you need to continue forward and speak with Azariq and Jeht about the situation and see what the next thing to do is.

Head over to the next quest objective which requires you to connect the junctions as well as get to the central area of the ruin.

To get to it, you need to complete a series of puzzles that are given in the upcoming objectives. These puzzles are simple and are similar to the ones in the previous cave.

Proceed deeper into the cave and activate the mechanism. This mechanism will spawn a couple of waves of monsters that need to be defeated in order for you to continue further.

After defeating the waves of monsters and the mechanism has been activated, the quest will require you to go back outside and report back to Jeht and Azariq about the situation and how things are progressing.

Azariq will mention a place that you should go and visit. This area is called the Dunes of Steel and it is a giant machine that requires to be powered up.

It’s up to you to activate the giant machine’s energy system by placing orange stones in engraved ends in the big room that you are currently in.

Once you’ve placed the stones, an elevator will power up thus allowing you access to the deeper part of the machine where it can be powered on.

With the machine now powered on, you need to head up to the control cabin with Azariq and activate the machine which appears to be a giant robot. The robot will malfunction and the left arm will lose power.

Go and restore the power to the left arm and get back to the control cabin. The ancient machine will be used to make an entrance into a giant cave by digging its arm inside. Use the inner part of the arm to enter the cave and proceed forward with the quest.

In this cave, you will begin another set of puzzles that you need to complete as well as connect the junctions one more time.

Here the objectives are simple, follow them where you will end up to a big room where there is a big orange machine that needs to be activated. Upon activating this machine, waves of monsters will come to you and start to attack. Defeat them and activate the mechanism.

From here on, you will see the deepest part of Mt. Damavand but you can’t access it due to a giant sand storm blocking the area.

Head back to surface and enter the giant robot machine to shoot beams towards the cave and make yourself another entrance.

Use the robots arms to go deeper into the tunnels and continue exploring. As you get deeper and deeper into the cave, you will find yourself placed in a big room with a puzzle that will open up an ancient door.

Before and after the ancient gate, you will have to connect quite a few junctions as well as power different runes.

Keep exploring the cave until you enter a small greenery that has Liloupar’s fragment. Obtain the fragment from there and continue going down into the depths where another yellow mechanism will be activated.

This mechanism will have a total of 5 waves of monsters that you need to defeat and will also lead you to the central part of Mt. Damavand.

Here you will meet with Ferigees which you need to defeat. The only way to defeat Ferigees is to kill all incoming waves of monsters and break the magical shield that protects it.

Once Ferigees has been defeated, you will need to get to the central platform of the arena where you will be taken to the Eternal Oasis area.

Keep exploring this area and get to the central part of it where you will be able to collect some more fragments for Liloupar. Here you will do quite some exploring with Jeht and after some time you will need to get out of this place and report everything back to Babel.

And once you’ve reported all of the findings back to Babel, you will enter a slightly longer cut-scene where the conversation will finish and the Dirge of Bilqis quest will be completed. 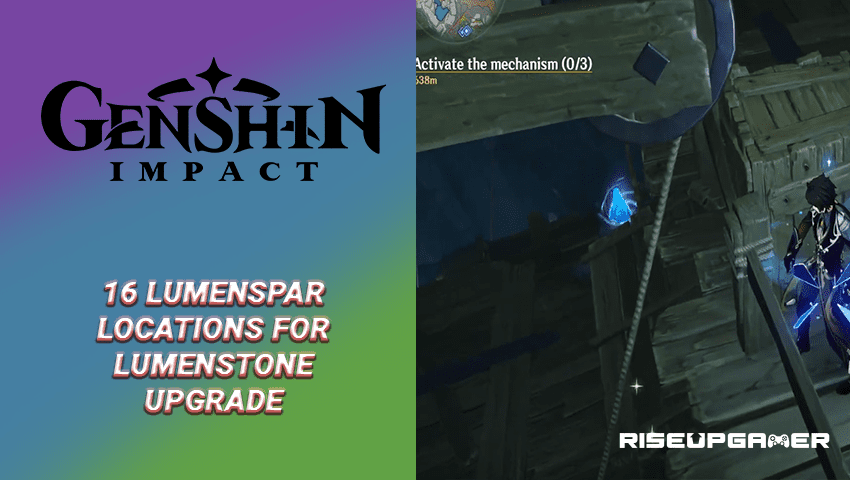