By Borut Udovic
Let’s find all 6 offerings for the memorial. 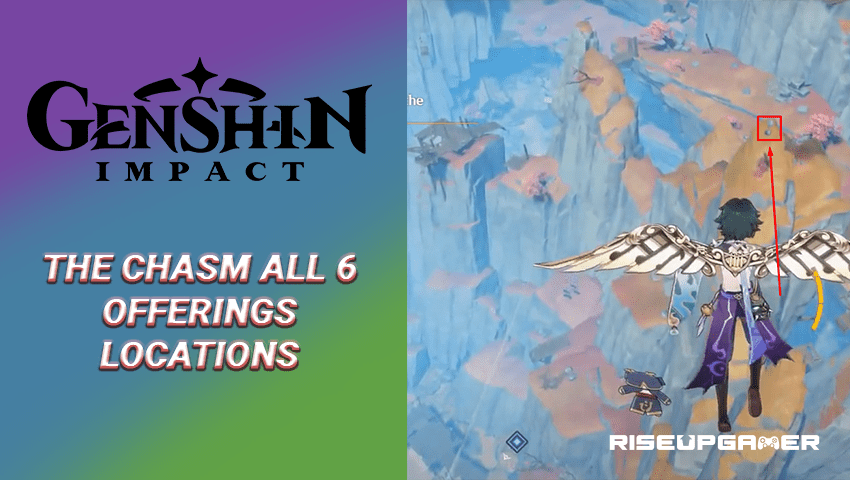 There are many offerings around the map that you need to investigate in order to get the highest percentage of game progress. These offerings are pillars that are either hidden in some secret areas or placed somewhere where it’s hard to get.

This guide will show you all 6 offerings locations in the Chasm area in Genshin Impact.

The first location for the first offering will be located on the east side of The Chasm, north of Glaze Peak.

To get to this offering, you must climb a mountain through a specific area.

When you reach the marked area on the map. You will see some planks that are placed and holding the mountain. Climb the construction and begin climbing up the mountain.

Follow the specific line until you reach the very top of the first mountain.

Halfway while climbing, you will find some Qingxin plants that you can collect.

Once you reach the first top, you will need to climb the mountain to the very top and follow the next shown path on the image.

The second offering is located just east of The Surface area.

When you come to your teleport, you want to begin firstly by climbing the hill that’s located on the western side.

After climbing the first hill, you will have another hill that needs to be climbed.

Get to the very top of the second hill where you will see a mob sitting and a table with a pot on it.

Investigate the pot and you will complete the second offering.

This offering is located between The Surface area and The Chasm’s Maw area.

From your second location, jump down the mountain and glide south until you reach the wooden construction with a hole in the roof.

Drop down the hole of the area and continue going down until you reach the bottom of the building.

When you enter the area where there is a fire lit up, you will notice on the ground some wheat that seems to be covering a hole. Burn down the wheat and investigate the hole.

Once the hole has been investigated, you will encounter a small cut scene.

This offering is located on the western side of The Chasm’s Maw, right on top of the Cinnabar Cliff.

From your closest teleport (As shown in the image), climb the first hill on your southern-west side and continue going north until you reach a jump boost area.

Jump from there and turn south, until you reach the end of the mountain that is shown in the image.

There you will meet Thang Wuchou, who is an intractable NPC, you will firstly talk with him, he will get insulted and a fight will begin. Once he has been defeated, the offering will be unlocked.

The Warrior’s Spear Offering is located between The Chasm’s Maw and the Tiangong Gorge area.

From your last location for the offering, jump down the mountain and glide down until you see a cliff that has a Warrior Spear placed into the ground.

Drop down to this specific area, where you will be able to interact with the Warrior’s Spear and unlock the fifth offering.

The last offering can be found just east of the Warrior’s Spear offering.

From the teleport that is shown on the image above, continue going east until you reach a wooden house where some villagers will be mining.

Start a fight with the villagers to begin the quest for finding the last offering.

Once you defeat all the villagers, a cut scene will begin and you will receive a quest called “Undetected Infiltration”. This quest will lead you to the last offering.

The quest will take place on the north end of The Chasm’s Maw location.

Go to the marked area on the map where you will meet Yanbo. Talk to Yanbo, after the conversation is over, you will begin fighting the Treasure Hoarder.

Once he is defeated, you will talk to Yanbo again and finish the quest.

A precious chest will appear in the area where you are at. Open the chest and receive some good items, including the last offering that will complete the quest. 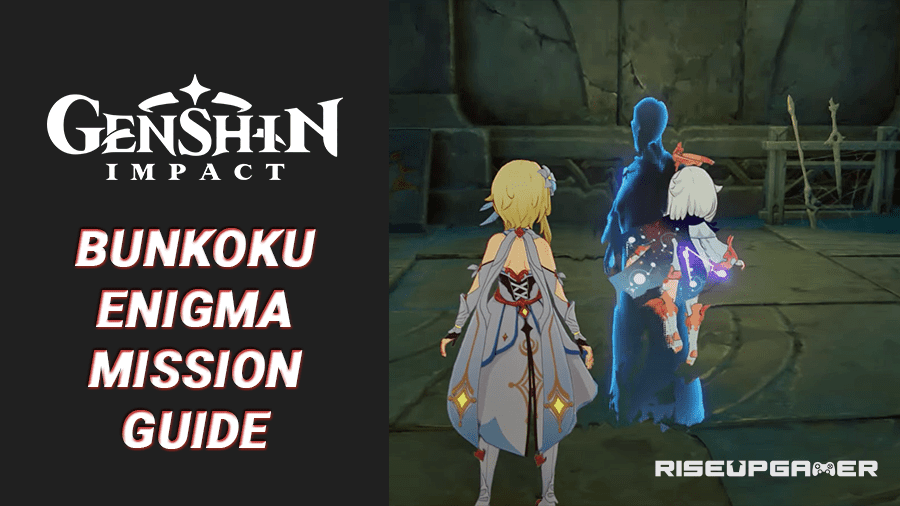