Solve this puzzle to claim this luxurious chest! 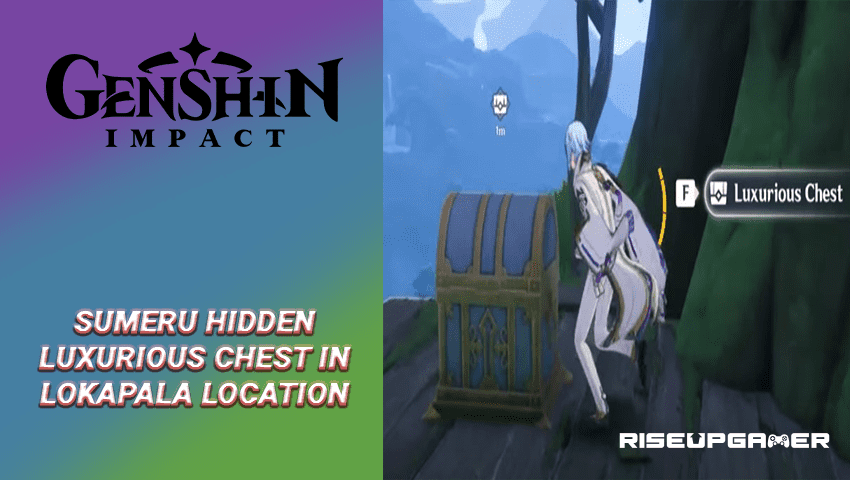 Genshin Impact is an action role-playing game where players must complete various quests and missions to progress. The latest 3.0 update adds plenty of new missions and collectables such as the Sumeru Hidden Luxurious chest in Lokapala.

This guide will tell you how to collect the Sumeru Hidden Luxurious chest in Lokapala.

In order to obtain this Luxurious chest, you will need to solve the puzzle located at the east side of the Lokapala Jungle.

First head over to the northeast side of the Statue of the Seven in Lokapala teleport waypoint.

Once you reach there, head north to exit the cave.

When you reach outside, you will need to climb up the cliff on your left.

From the top of this mountain, you will need to proceed towards the south where you will find the Dendograna tree and stone with the green emblem.

Summon the Dendrogana and perform a charged attack twice on the stone.

When the shield appears, summon the Dendrogana and shoot the flying Dendro mechanism on your left and right.

After the shield disappears, interact with the mini flower and then defeat the Whooperflower.

Interact with the four leaf sigils floating in the sky and they will take you toward the luxurious chest.

That’s it, now go ahead and solve the puzzle to claim your chest! 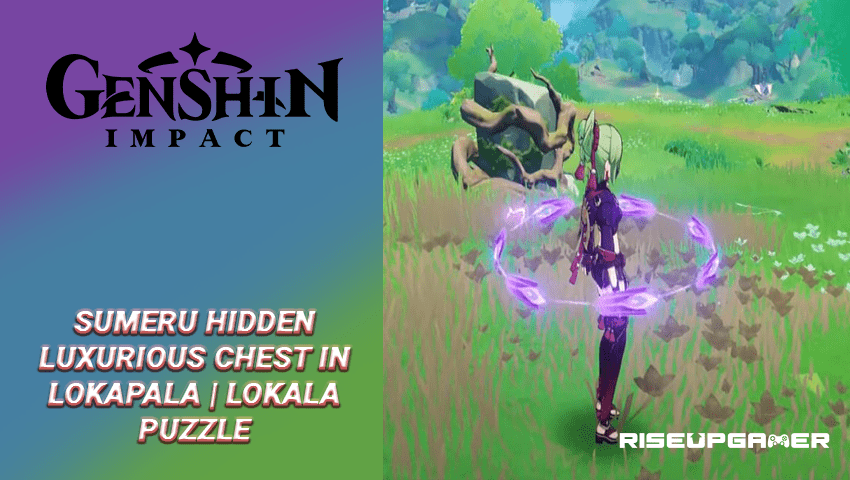