Check out this guide to find the location of the 12th Mysterious Clipboard! 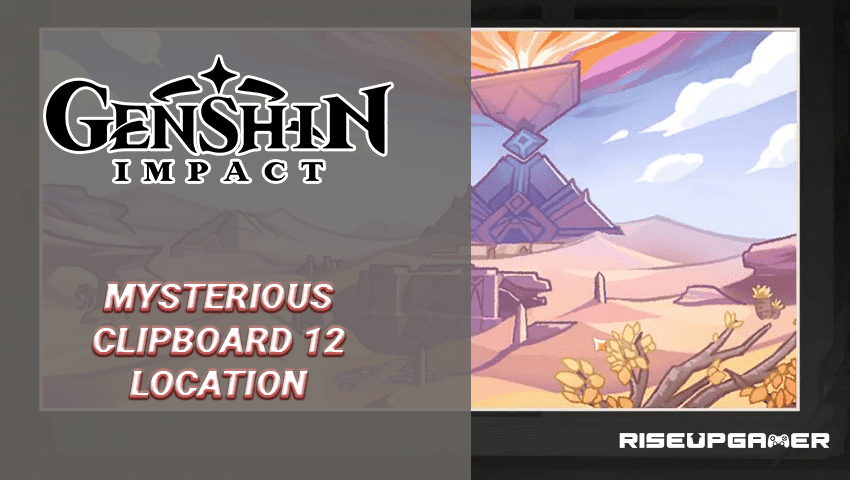 As a part of the Static View quest, you will be given a book that contains pictures of several locations where treasures are buried and finding these locations will help you complete the quest.

This guide will tell you the location of the 12th Mysterious Clipboard in the Sumeru region.

As seen in the clue above, the treasure is buried in the desert region of Sumeru in front of a Pyramid.

In order to find it, you will need to head over to this cliff located between Abdju Pit and Sobek Oasis on the map.

Teleport to the waypoint located in front of the Khemenu Temple and from there, run along the edges of the cliffs until you come across a loose sand pile in the desert.

Dash through the pile to destroy it and collect the common chest buried underneath.

Collecting this chest to complete the Mysterious Clipboard 12 item for the Static View quest.

That’s it, you have successfully found the 12th Mysterious Clipboard quest item in the game!