Genius Invokation is anawesome TCG you want to unlock in Genshin Impact! 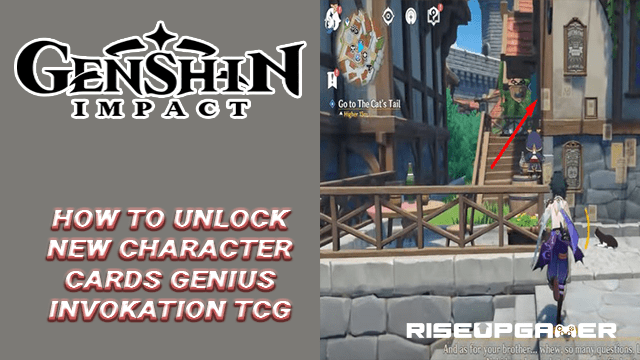 The latest Genshin Impact 3.3 update is coming with plenty of new features, weapons, quests, and much more, but most importantly there is a permanent new gameplay edition, the Genshin Impact Genius Invokation battle-oriented trading card game (TCG). Players are required to collect cards and battle with others in The Cat’s Tail where can be obtained membership from the Prince NPC.

In this guide, we will show you How to Unlock New Character Cards Genius Invokation TCG in Genshin Impact!

There are several ways that will help you unlock the new cards to play Genius Invokation TCG, but first of all, you must have unlocked the game mode and met some of the requirements.

There are two requirements in order to unlock the new cards:

Everything starts in Mondstadt where you will have to go to the alchemy store and talk with Timaeus. After the short dialogue with him, your quest named Battlefield of Die, Cats, and Cards will start.

Your next objective is to go to the Cat’s Tail which is located in Mondstadt very close to the city’s main gates. It is a small house on the side of the path which can be recognized by the cat sign in front of the door.

Once you get inside, you will meet Margaret and the Prince (Cat), and you will have a short dialogue with them. This will automatically unlock the Genius Invokation TCG.

After it’s done, you will be able to interact with Prince, and your next objective is to try Genius Invokation TCG which you just unlocked. Inside the room, look for Diona who is sitting on the table in the corner of the room and interact with her to find out the rules of the game.

Before starting with Diona, you must have prepared your cards which is actually one of the requirements. Then you will start your first deck and learn the basic rules.

That’s it! Now it’s your turn to go into your Genshin Impact and unlock the Genius Invokation TCG by yourself and enjoy the playing cards game. 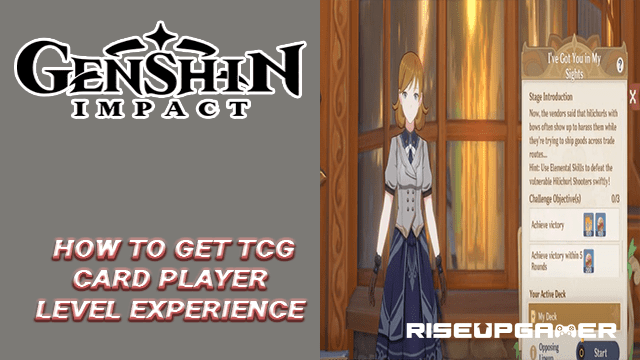