Genshin Impact: How To Get Puppet Strings

Check out this guide to obtain Puppet Strings in Genshin Impact! 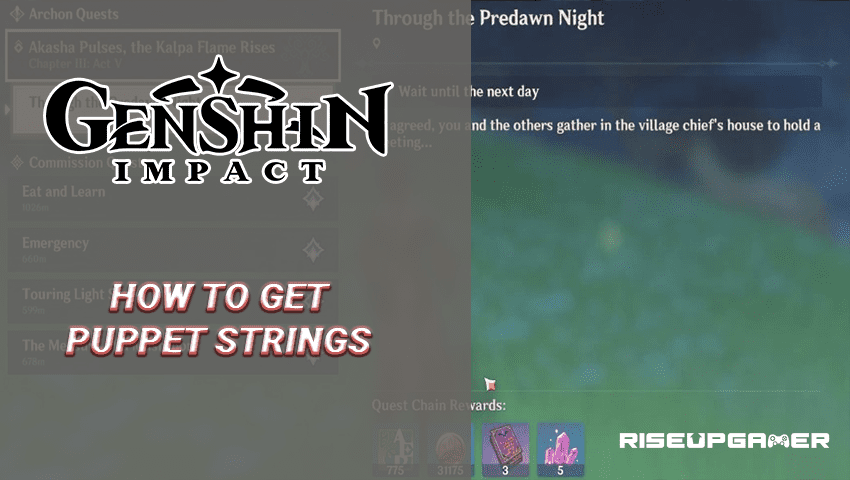 Puppet Strings is a talent level-up item that can be used to level up certain talents beyond level 6. It is used by the new character Dendro Archon Nahida for levelling up her talents.

This guide will tell you how to obtain Puppet Strings in the game.

How to get Puppet Strings

In order to get the Puppet Strings for the Nahida character, first you will need to complete the Akasha Pulses, the Kalpa Flame Rises Archon quest. Do note that you need to reach Adventure Rank 35 or above to start these quests.

This will unlock the Scaramouche Boss domain which can be accessed by visiting the Joururi Workshop on the map. You will find the workshop at the above location near Chinvat Ravine in Tevyat.

Once you reach there, select Memories: Lucent Altar of the Everlasting IV. which is the domain for the Scaramouche weekly boss. Enter the domain and defeat the boss to complete the challenge. As a reward for your efforts, you will receive 2 Puppet Strings from the drops. These strings can be used to level up the talents of the new Nahida character. You can also use it to craft items like Daka’s Bell and Mirror of Mushin.

That’s it, now go ahead and defeat the Scaramouche boss to get your hands on the Puppet Strings.