Check out this guide on the new character in Genshin Impact! 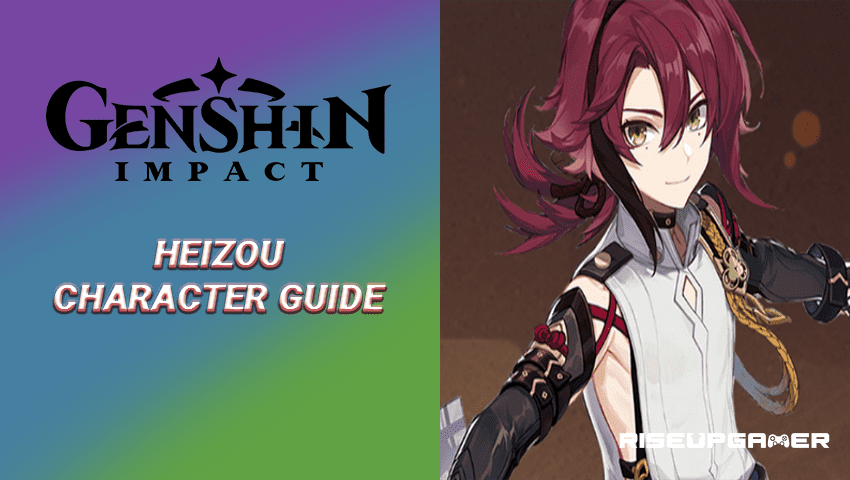 Will we make a Heizou main out of you?

Heizou has a special feature when it comes to his catalyst charged attack which has a charging cost of 25 stamina instead of the normal 50. His charged attack inflicts moderate damage.

Heizou’s special skill is called Heartstopper Strike. It works in a tap and hold function. When tapped Heizou does a fast attack that does Anemo damage infront of him, when held Heizou gains stacks of Declension up to 4 stacks.

His next skill is the Windmuster Kick. With this skill Heizou leaps in the air dealing explosive Anemo damage to anyone infront of him, the attack can be swirled.

While swirled Heizou will create Winmuster Iris which is an explosive that travels in a straight line and does explosive splash damage to anyone near.

Heizou’s first passive is Pre-Existing Guilt which reduces sprinting stamina consumption of you and your party up to 20%.

His second passive is Paradoxical Practice, when he activates a swirl reaction he will gain 1 stack of Declension.

Heizou’s third passive is Penetrative Reasoning, After Heizou uses his skill Heartstopper Strike everyone in your party will gain 80 Elemental Mastery points.

Heizou has 4 constellations which are:

[C2] When Windmuster Kick explodes it will pull near by enemies.

[C6] Each Declension stack increases Crit rate by 4% and Conviction by 35%.