Check out this guide to learn about Fischl’s Domain (Maze 1) in Genshin Impact!

The third significant quest line during the Summertime Odyssey event is the Genshin Impact Immernachtreich Apokalypse quest, also referred to as the Fischl’s Domain. To finish this portion of the mission, you must traverse a sizable domain as you did with the others, collecting treasure and chests along the route. Learn how to navigate Fischl’s domain utilizing the Gazes of the Deep to fix the bridge, find the tower’s access routes, and save Leon in the “Immernachtreich Apokalypse” domain tour.

A player can start the quest by going to Twinning Island. You’ll then be in Fischl’s Domain. To advance in the quest, one must resolve the Gaze of the Deep Puzzles inside the Fischl domain. The Stepwise instructions to solve the puzzles are as follows:

Use the Gaze of the Deep mechanics to unravel the initial puzzles of the Immernachtreich Apokalypse Fischl domain. You can modify structures if you engage with one of these devices, which grants you “Night raven Vision.”

Try to keep an eye on the purple circle in the center if positioning the buildings appropriately proves difficult. The solution to the puzzle becomes increasingly obvious as you get closer to it.

Placing the bridge in the location displayed on the left side of the image will allow you to complete the “Enter the Castle” objective. Then ascend and descend in the elevator (stand in the middle to activate it).

Utilize the Gaze of the Deep once more, this time on the portion of the upper bridge visible on the right. To enter the castle, use the elevator once more.

Walk all the way down and use the first Gaze of the Deep on the left bridge to complete the Genshin Impact ‘Repair the Bridge’ puzzle.

It can be challenging to determine the ideal location, so use the example in the image above as a guide. You have to zoom in pretty closely. Use the second Gaze of the Deep to move the final piece and complete the bridge repair.

There is an alternative puzzle with two additional damaged bridges in the area after that. Repair the bridge with a Gaze of the Deep mechanism, then ascend using the elevator nearby. Repeat the procedure with the other mechanism after grabbing the Common Chest.

Jump off the cliff between the two bridges once you’ve taken the second Common Chest. Jump down once more after defeating the Hilichurls to get a Precious Chest holding a Nightwatch Contract.

After that, a Nightraven by the name of Leon will appear. Your job is to free him from the labyrinth where he is now trapped. To find two more Gaze of the Deep mechanisms, utilize the Gaze of the Deep that is closest to where you activated Leon’s cutscene.

The Fischl Domain’s initial section comes to an end now. To begin part two, complete the interlude mission in the Golden Apple Archipelago. 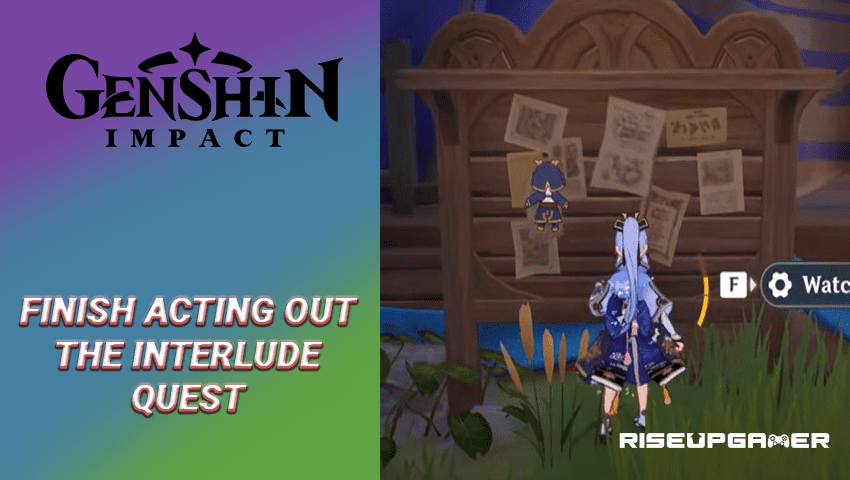