Time for you to see how the new space looks in Genshin Impact. 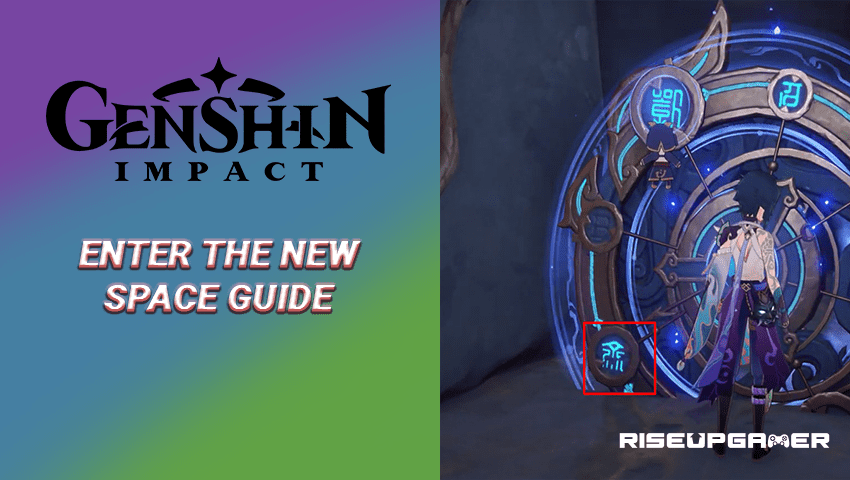 Genshin Impact has come out with the latest update that includes brand new content, new maps, and event brand new characters that you can start playing once you complete the story for those characters. The new space area is one of the new content that was implemented in this game and it’s also a part of the story line mission for Yelan.

This guide will show you all you need to know about the new space in Genshin Impact.

The quest for the new space is called “End of the Line”. This is a plan that has come from Xiao and Yelan, you must get to the first quest mark which will take you in front of a giant fly wheel.

Enter the blue portal in the area and you will begin entering the new space area. As you pass through the portal gates, you will enter a small cut-scene where Yanfei will join you. You will notice the Fatui standing in front of you, you must defeat them.

After the cut-scene, your fight will begin, defeat the opponents and begin entering the new space by changing the time in the fly wheel.

Make your first rotation of the fly wheel in this mark.

Enter the next room which will be the same as the next one, you will need to continue changing the gears on the wheel to get to this specific mark.

Pass through the portal again and begin changing the arrow of the wheel to the furthest right area.

After setting up the correct time line, you will enter the new space. Go through the portal once you’ve selected the right symbol and a cut-scene will begin.

After the cut-scene you will meet with Xiao who has some traps that he will try to damage you with. Dodge all the traps and wait until the next cut-scene. Speak with Xiao and enter the new space again.

Once you enter the new world, re-enter the portal again to make sure that the closed gate will be opened in the new one. Walk up to the wheel in the cave that is covered in cobwebs, rotate the symbol to this specific arrow.

After entering the portal one more time, you will encounter another cut-scene and allow you to enter the new world again. This time another symbol will appear and allow you to change the wheel to.

Turn the arrow to this specific symbol.

The next new world area will be blank. You will see nothingness and only find a strange character which you will need to follow. Continue following the character clues by going to the quest marks, after the last cut-scene, you will complete the quest.

Buyer's Guide to the Statue of Her Excellency the Almighty Narukami Ogosho: Genshin Impact
Read next >
Genshin Impact