Head over to this location to fight against the Balladeer boss! 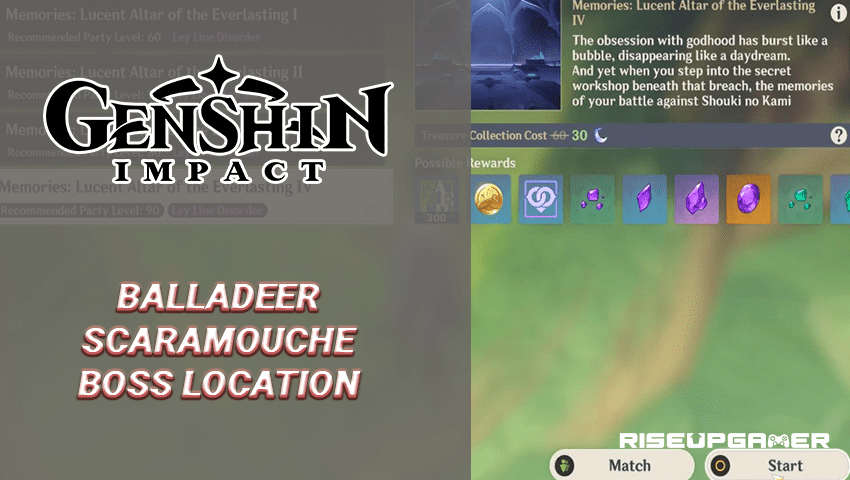 The Balladeer is one of the new weekly bosses that you will encounter in the latest update however there are a few requirements that you must meet before you can fight against it.

This guide will tell you about the location of the Balladeer Scaramouche boss in the game.

In order to fight against Balladeer Scaramouche, you will need to fulfil two requirements:

1. Reach Adventure Rank 35 or above

It can take quite some time for reaching Rank 35 if you are new to the game however you can still fight against the weekly boss by entering the domain with another player who meets the requirements. As far as the quests are concerned, it can take around 3 to 4 hours for completing all the quests so you need to prepare accordingly.

Once you fulfilled the criteria, open your map and fast-travel to Joururi’s Workshop in the Chinvat Ravine in Tevyat.In the workshop, you will need to select the Scaradouche domain instance and then you will be able to fight against the Balladeer boss there.

That’s it, now go ahead and follow these steps to find the Balladeer boss in the game!