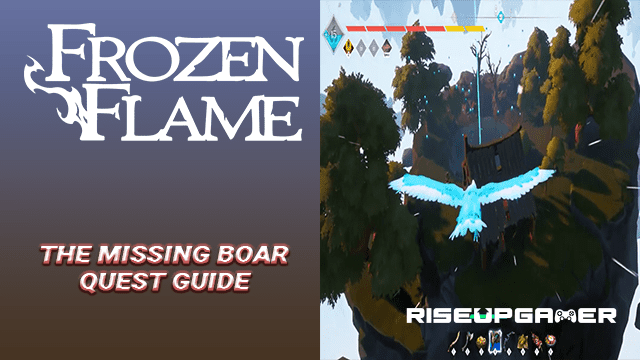 Bonehead seems to have lost his beloved pet boar. As you’ve built a bit of rapport with him at this point, he will ask you to go look for it.

The missing boar can be found on one of the floating islands of the Broken Valley. But in order to reach it, you will first have to give a Bone Pickaxe to Hornhead to gain the ability to fly.

Here is a guide to the Missing Boar quest in Frozen Flame.

You can begin the quest by talking to Bonehead at the Sanctuary of Chronos. He will immediately get down to business and tell you to find his lost little boar.

He adds that his boar is special, fierce and talkative. Bonehead says that it’s most likely hiding somewhere in Broken Valley.

From there, you can talk to Mithra to the east section of the Sanctuary and behind her will be the teleporter to the Broken Valley.

Right next to the arrival area will be a character named Hornhead. You can craft a Bone Pickaxe and give it to Hornhead. He will reward you with a Bird Toy.

This toy can be used to activate the Bird Statue behind Hornhead and grant you the power of flight.

You can now use your newfound powers of flight to go across the Broken Valley and to other floating islands. The boar can be located on a solitary island at the southern portion of the map.

The island will contain a run down shack and a pig pen for the boar. You can try to talk to the boar and bring it back, but it will refuse.

He immediately despises you and will place a curse upon your character.

All you can do now is return to Bonehead and tell him what happened. Bonehead will then lift the curse from you and the quest will end. 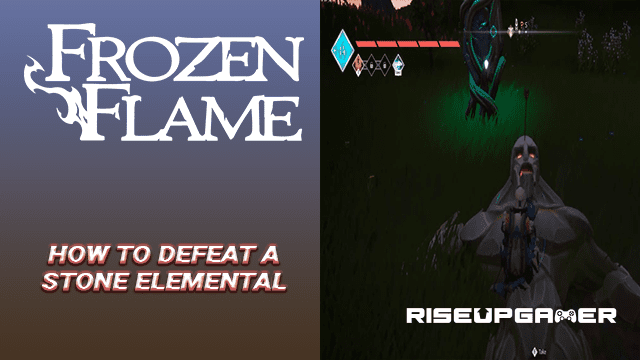 Frozen Flame: How To Defeat A Stone Elemental
Read next >
Frozen Flame