Check out this guide and learn How To Craft Hearty Chowder in Frozen Flame! 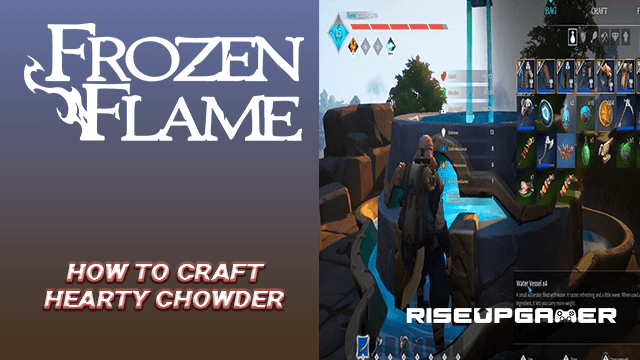 Crafting is something that will keep you busy most of the time in Frozen Flame. There are tons of items and ingredients that you will need to collect all around the world in order to craft the specific items that are part of a quest, or Hearty Chowder which is an item that can be used on the sacrificial shrine and spawn one of the Mini-Bosses in the Broken Valley.

This guide will show you How to Craft Hearty Chowder in Frozen Flame!

Hearty Chowder is an item that is required to spawn the Cursed Arosfen, a Mini-Boss in the Broken Valley.

Crafting the Hearty Chowder is not a complicated process, and for that, you will need both water and meat.

To obtain the water, first, you will need to have an Empty Waterskin, an item that can be filled with water at a fountain. You can craft it pretty easily in your crafting store.

It requires the following materials:

Once you have it crafted, you need to obtain some water from the fountain.

The fountain can be found in two locations on the map, and you can check the image below for the exact place where you can find it.

Once you come to the fountain, just interact on it with your Empty Waterskin, and you will be able to obtain a Water Vessel which is a small waterskin filled with water which can be used as an ingredient for cooking.

The second ingredient that you will to craft the Hearty Chowder is Raw Boar Meat which can be easily obtained while farming around the map.

With this, you will cook the Heart Chowder which is a rich soup with meat and vegetables, and it can be consumed as a food, or used on the sacrificial shrine to summon the mini-boss. 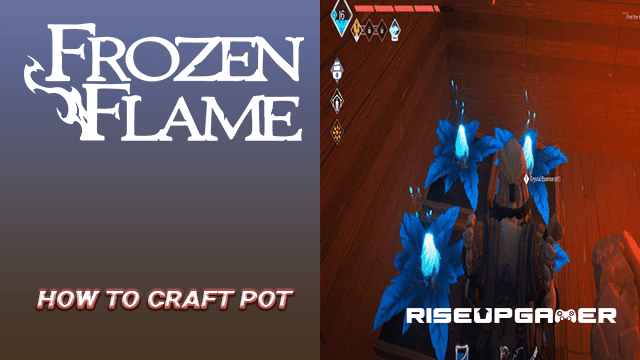