Time to fix this issue and enjoy the game! 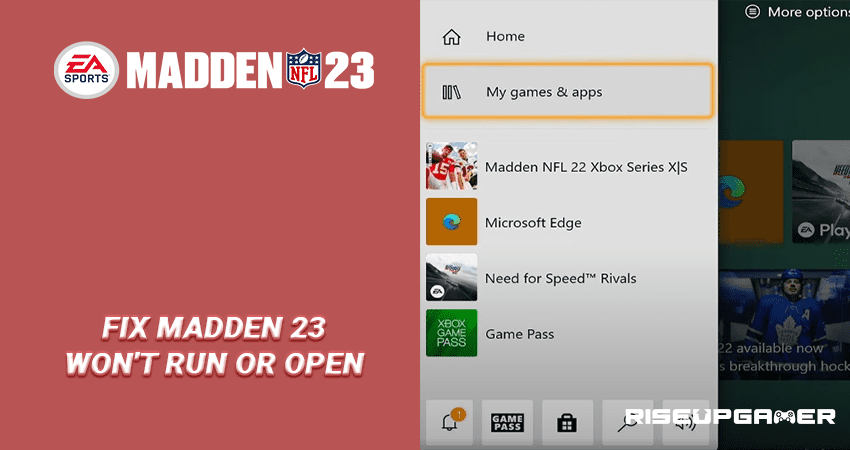 Madden 23 is an American football game based on the National Football League that includes features such as staff management, an enhanced scenario engine and a weekly strategy to create the most powerful roster possible.

This guide will tell you how to fix Madden 23 won’t launch or open issue.

Most of the time, when a game such as Madden 23 doesn’t open it is due to an issue with the game itself instead of a hardware problem.

You can follow these troubleshooting methods to fix the issue with the game:

The first thing that you need to do is restart your console to make sure that the problem isn’t due to a minor glitch or bug with your console.

To restart your Xbox, press and hold the Xbox button on the controller.

When the power centre appears, highlight the restart console option and press A.

Select Restart and press A to confirm the reboot.

When the console gets rebooted, try to launch Madden 23 NFL to check if it opens up and works properly.

Madden 23 NFL has its own servers that it connects to when you launch the game however those servers provide real-time updates to Xbox live thus if the game servers are having issues they will be posted on the Xbox Live status page.

To check this, open a web browser such as Microsoft Edge on your console and log on to https://support.xbox.com/en-US/

After the page loads, click on the Games & gaming tab and check whether Madden 23 is currently facing any issues. You can also visit the official website of Madden 23 to check for any ongoing issues.

If it is a server issue then you have no other option but to wait till the issue is fixed by Microsoft or EA.

Another possibility behind the game not opening is because the cache is corrupted. The cache is a collection of small files that the game and the firmware store to make sure that the game runs smoothly.

However, there can be times when it gets corrupted causing issues like lags or stutters and you will need to clear the cache manually.

Press the Xbox button on your controller to access the side menu.

Highlight My games & apps and then press A.

Select See all to view all the games in your library.

Highlight Madden NFL 23 and then press the menu button on your controller.

Select the Manage game and add-ons option by pressing A.

Choose the Saved data option on this screen.

Press the Delete All button to remove all the cache.

Your console will now create a new set of cache when you launch the game so try checking whether the problem gets fixed now.

If all the other methods have failed then you have no option other than reinstalling the game itself.

This can be your last resort in case the installation files of the game have become corrupted.

To uninstall the game, press the Xbox button on your controller and highlight the My Games and Apps option.

Select See All to view all the games in your library.

Now highlight Madden NFL 23 and then press the menu button on the controller.

Select the Uninstall All option when the prompt appears and press A to confirm.

After the game is uninstalled, restart your console and download the game again. This should any issues that you are having with the game. 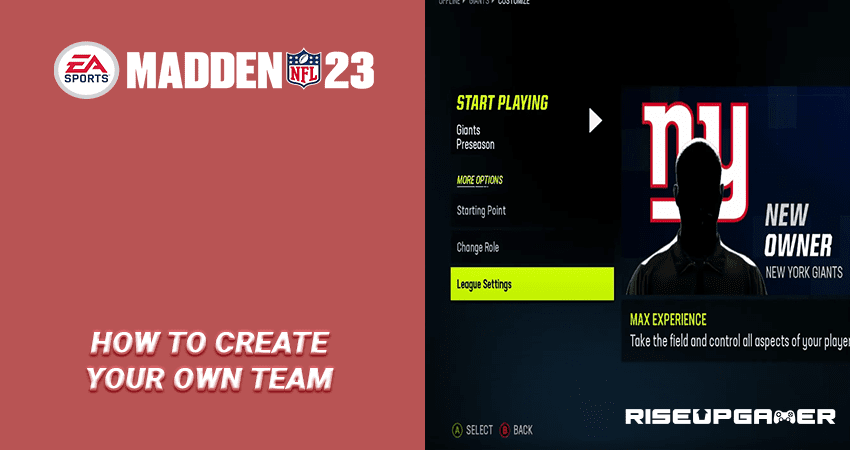 Madden 23 Franchise Mode: How To Create Your Own Team
Read next >
Madden 23
Latest