Find the secret boss in the game’s Chapter 3 Day 1 by following this guide!

Faith, also known as Faith: The Unholy Trinity, is a survival horror video game where players are put in the shoes of a young priest fighting off several demons, insane cultists, and many more creatures of the occult. This unsettling pixel horror game is filled with several secret bosses for completionists to find and test their skills on. An excellent example of this is the secret boss in the game’s Chapter 3 Day 1 section, where you’d find a crazed woman that you need to fight off inside a creepy cultist room.

In this guide, we will be showing you where to find the secret boss in the game’s Chapter 3 Day 1 section.

The secret boss in this section of the game can be located in the Clinic after doing some steps to open a door which most would think is simply inaccessible. Here is how you find her.

After making your way through the clinic, get back to it once more and explore further.

This will start you on the Exit of the clinic.

Go south across the rooms until you see a doorway to the right that has yellow splinters on its foot. Make your way there.

This will put you in a room with several bloody stretchers. Use the only ‘clean’ stretcher (it is also colored differently) to navigate through the room.

Interact with the stretcher to get the option to get back on it. Do so and make your way to the left side of the room across several bloody stretchers. Shimmy your way toward the door on the left.

You can see that the door is still locked. To force the door open you first have to force yourself on one of the stretchers near the door.

See the image above to know which stretcher to look for.

Keep forcing your way to it and soon the door should open by itself.

Go through the door now and a creepy cutscene should trigger.

You’d fall from the stairs breaking the stretcher you were on.

Go north after that and through a long hallway.

There you should see a room with symbols and several lit candles on the floor. Here is this section’s secret boss.

After a brief cutscene, the fight should commence.

Prepare for a long drawn-out fight as this secret boss will bombard you with several monstrosities that all want to take your head. 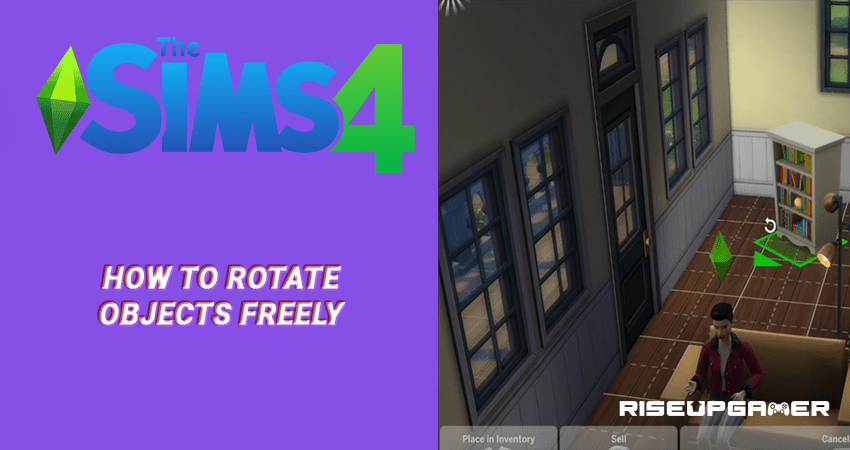 Sims 4: How to Rotate Objects Freely
Read next >
FAITH